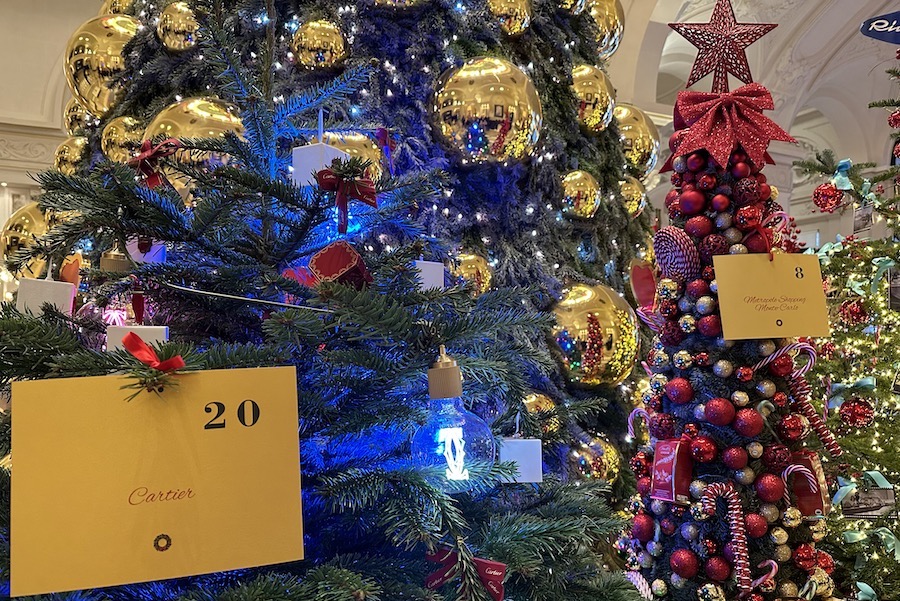 Supported by Prince Albert and Princess Charlene, Action Innocence Monaco has celebrated its 20th anniversary with a record-breaking sum of €156,000 raised at its annual charity Christmas Tree Auction in the Hôtel de Paris.

In today’s world, the internet is ubiquitous in all parts of life. This is not just true for adults, but also for children who are being exposed to the internet earlier and earlier. Founded in 2002 with the support and patronage of HSH Prince Albert II and the cooperation of the Direction de la Sûreté Publique of the Principality of Monaco, Action Innocence Monaco was born in response to the ever-growing concern for parents and the wider community around how to educate both parents and children about the hidden dangers of the web, whilst also providing protection for the younger users.

In order to meet its objectives, the organisation’s primary means for generating funds is through an annual auction of Christmas trees, created and donated by some of the Principality’s most exclusive boutiques and artists. Each year the lobby of the Hôtel de Paris becomes the home of Action Innocence’s stunning Christmas Tree forest, displayed in full splendour for several days before the auction. This year’s charity event, held at 6pm Tuesday 13th December, broke all previous records, with an impressive €156,000 raised, thanks to the generosity of the contributing businesses and participants in this popular event.

Originally formed under the Action Innocence umbrella foundation in Geneva, in October 2014 the foundation officially became autonomous in its own right. Since year one, Louisette Lévy-Soussan Azzoaglio, President of the organisation, has organised and run the annual auction of Christmas trees to raise much-needed funds, and each year the event has grown in size and popularity, and has now become one of the most anticipated events of the season, featuring stunningly original and beautifully decorated trees, adorned with gifts and put up for sale to the highest bidder.

In attendance was HSH Prince Albert as well as Princess Charlene, and during his speech to thank and acknowledge contributors to the event, Action Innocence’s Vice-President Nick Danziger thanked the Prince particularly for his unwavering support of the organisation each year for the past 20 years.