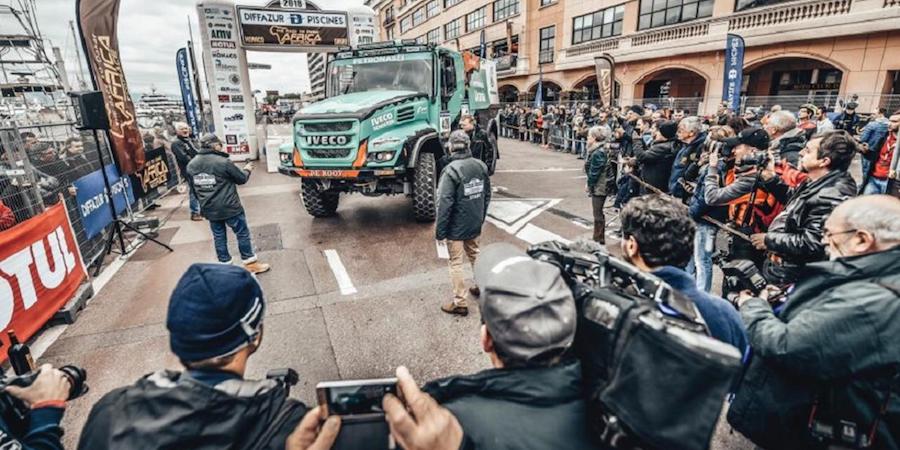 The highly anticipated race, which sets off from Quai Antoine 1er at 7pm on 4th January, is a sure fire antidote to the post-holiday blues.

Participants travel from Monaco to Savona where they make the free two day crossing to Tangier. This interlude gives racers a few days to plan, strategise and get to know each other.

On the morning of 7th January, they hit the dunes and sand flats of Morocco and Mauritania before crossing into Senegal and sprinting through the final stage of the race, ending in the spectacularly coloured, and aptly named, Lac Rose which lies just 30km outside Dakar.

This year’s edition boasts a routing 70% different than last year, making it almost an entirely new contest for veterans and newbies alike and will be held, as per custom, in 11 stages before reaching the final destination.

Once arriving in Tangier, there are five juncture points in Morocco, followed by a day of rest, then six more steps through Mauritania, finishing up on the last leg into Senegal, where there will be a prize ceremony held on 19th January.

The Africa Eco Race was created in 2008 as the answer to the cancellation of the legendary Dakar Rally, but added modern twists placing a distinct emphasis on security issues and individual awareness regarding eco-responsibility and sustainability, making it much more than just a sporting event.

The race is also known for its use of remote locations, far from cities and well-worn paths, giving competitors a sense of truly being away from it all. This isolation means racers are left to fend for themselves, thus inspiring a feeling of solidarity, mutual trust and friendly cooperation.