Monaco Telecom is launching its new Pro Fibre network for local businesses, boasting new terminals that reach internet speeds of up to an 10Gbps. By the start of 2022, all companies in the country will be eligible to be on this super-fast network.

Ultra-high-speed fibre optic service has come to the Principality with the unveiling of Monaco Telecom’s Pro Fibre plan using the most powerful equipment on the market, giving internet speeds of up to 10Gbps.

Following up on the 2019 launch of 5G, the deployment of this latest technological advance is in line with the precepts of the Extended Monaco programme, with 80% of companies already authorised to use it, with the aim of reaching 100% from 2022.

“For the more than 4,000 Monegasque companies, the quality of their digital infrastructure has become a factor of competitiveness,” explains Martin Perronet, Managing Director of Monaco Telecom, in a statement. “With the launch of Fibre Pro, we are supporting them in this transition. Our ambition is to make Monaco the first 100% Fibre 10 Gbps Country from the start of 2022.”

The new system offers improved speed and stability, along with minimal latency for smooth exchanges of data. Connectivity is optimised through a new WiFi box, the most powerful currently available on the market. This allows several devices to be connected without degrading bandwidth.

“Fibre Pro is a competitive issue for our companies. Associated with the Sovereign Cloud, it allows our economy to reap all the benefits of the digital transformation. This is a new step for our model in the post-Covid world,” says Frédéric Genta, Interministerial delegate in charge of the digital transition of the Principality of Monaco.

In terms of security and environmental credibility, this system meets Monaco’s stringent standards. Monaco Telecom has been a signatory of the National Pact for the Digital Transition since May 2019, obliging the company to take steps to go as green as possible.

“Fibre Pro has been designed to meet the performance, security and continuity challenges of businesses and professionals in the Principality,” says Peronnet. “It is also sustainable: its carbon footprint, as certified by Bureau Veritas, is 21% lower than equivalent boxes. All Monaco Telecom for Business teams are mobilised to support the digital transformation of our customers.”

The boxes are made from 100% recycled plastic and are designed to be reconditioned rather than replaced, making them even more eco-friendly in the long run.

Photo by John Schnobrich on Unsplash 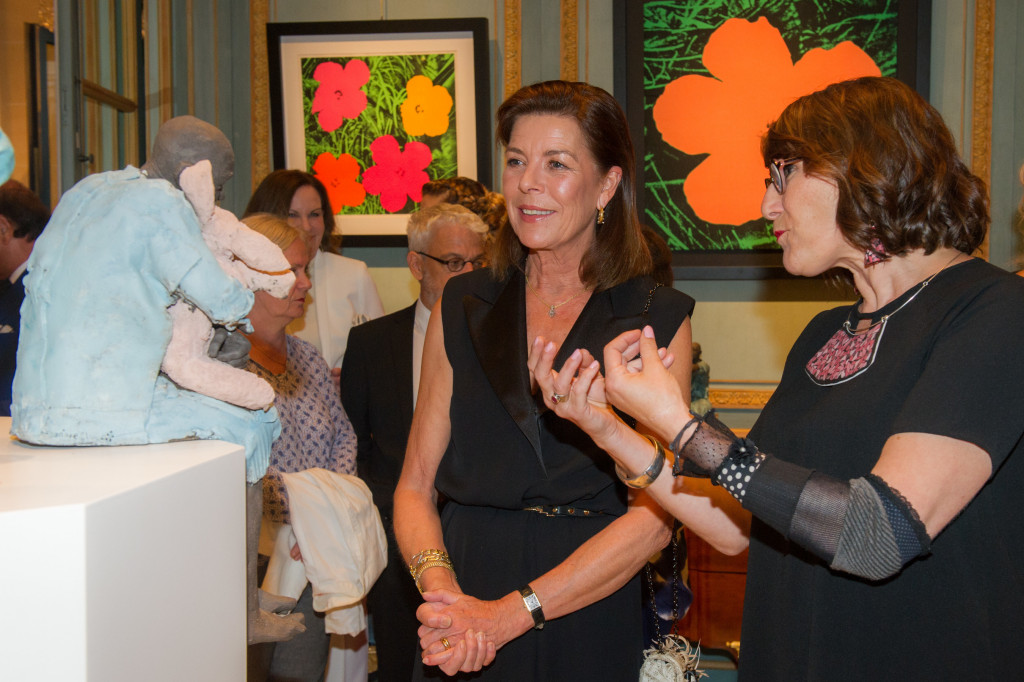 Princess Caroline with Corinne Chauvet Photo: Axel Bastello/Palais Princier[/caption] Galerie Adriano Ribolzi rolled out the red carpet Thursday evening for the opening of a two-week exhibition by Corinne Chauvet, winner of the GemlucArt 2016. The Grand Prix d’Art Contemporain Gemlucart is an international competition under the Honorary Presidency of HRH Princess of Hanover and awarded by the Gemluc, the Group of Monaco Enterprises in the fight against cancer, which since its creation in 1973, has donated €1,920,000 worth of equipment to various hospitals, including the Princess Grace in Monaco. Ms Chauvet exquisitely epitomises the 2016 theme, Explosion of Joy (“Fous Rires”), with her 44 clay sculptures and paintings, each of which offer an extension of the artist’s own enlightened disposition. [caption id="attachment_21740" align="alignnone" width="640"] 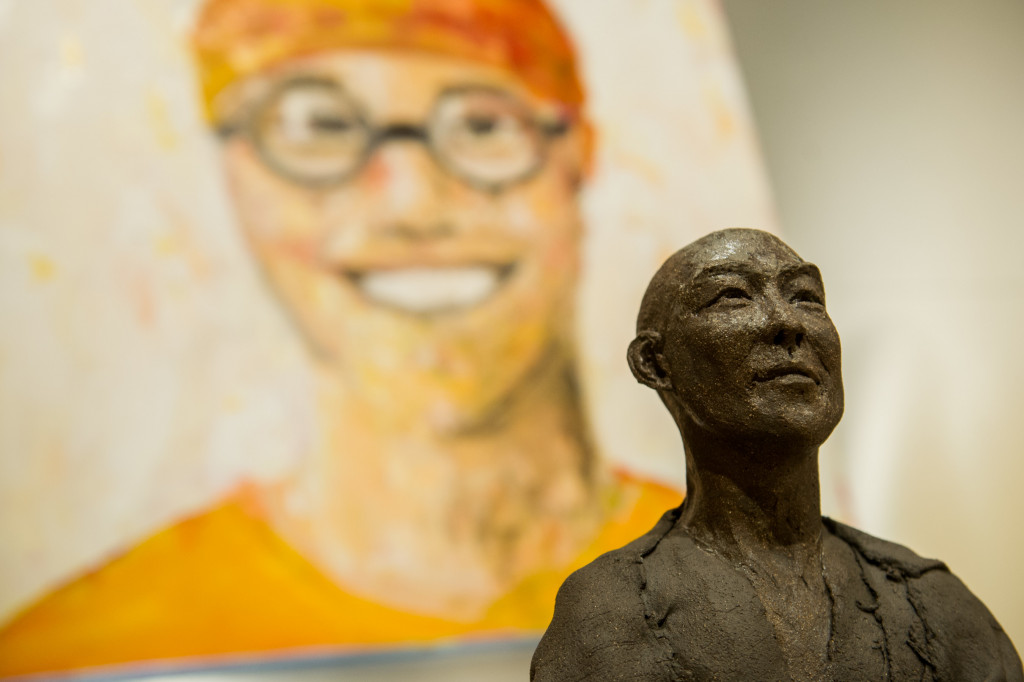 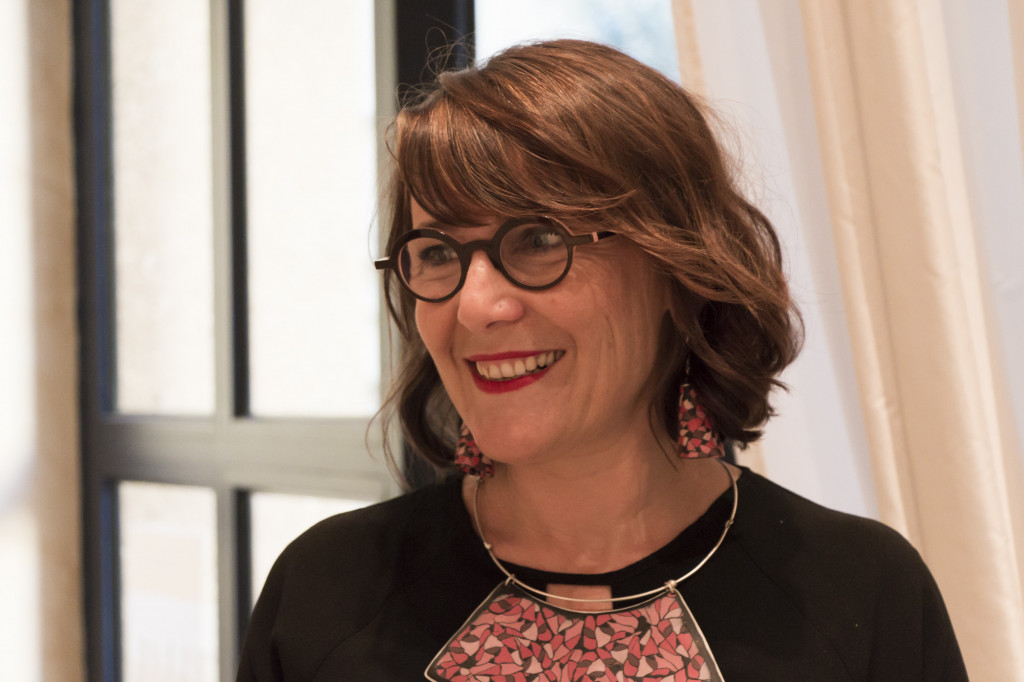 GamlucArt16 winner Corinne Chauvet at Ribolzi Gallery Photo: F Terlin[/caption] “I am honoured to win this award, but equally as moved by the warmth and welcome I have received here in Monaco,” Ms Chauvet, who studied art history and visual arts at the Paul Valéry University Montpellier and the University of Leicester, told Monaco Life. “And it’s wonderful that GemlucArt is in support of the fight against cancer.” As an artist-in-residence, Ms Chauvet has been influenced from her time in León in northwest Spain, and the small pottery town of Shigaraki in Japan. “I didn’t know Japan at all when I arrived,” the award-winning potter shared. “I discovered an international community, with a mix of rich cultures and exchanges.” She was also introduced to a population with kindness and warmth, which she says is a contrast to the French. “While the French have everything to be happy about,” she commented, “they are always complaining while in less affluent countries, people smile and support each other.” This distinction influenced her work. [caption id="attachment_21735" align="alignnone" width="640"] 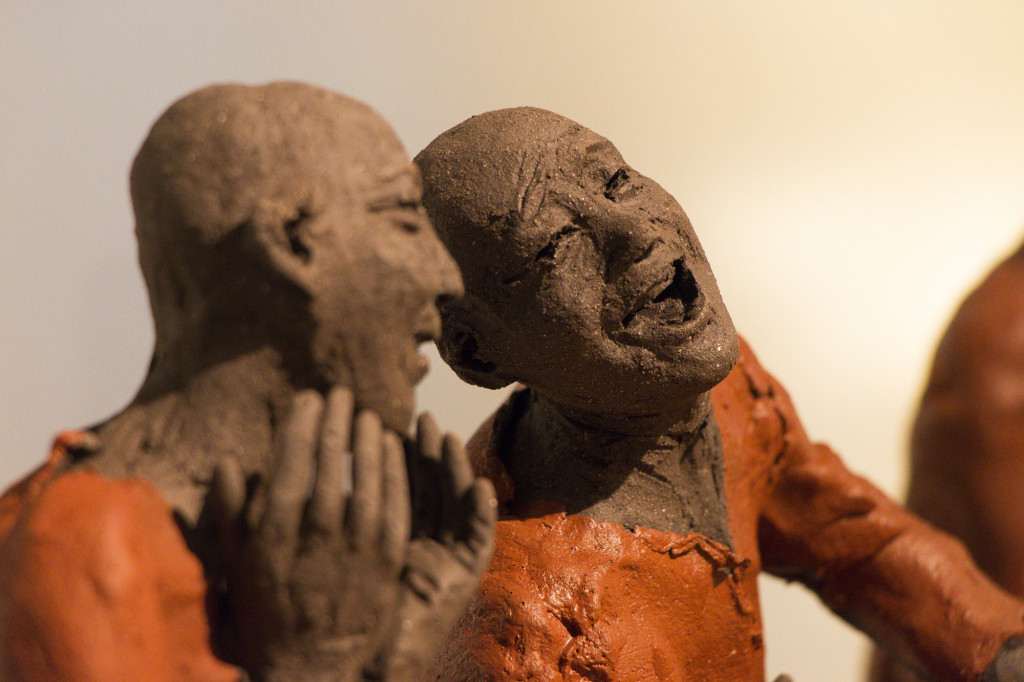 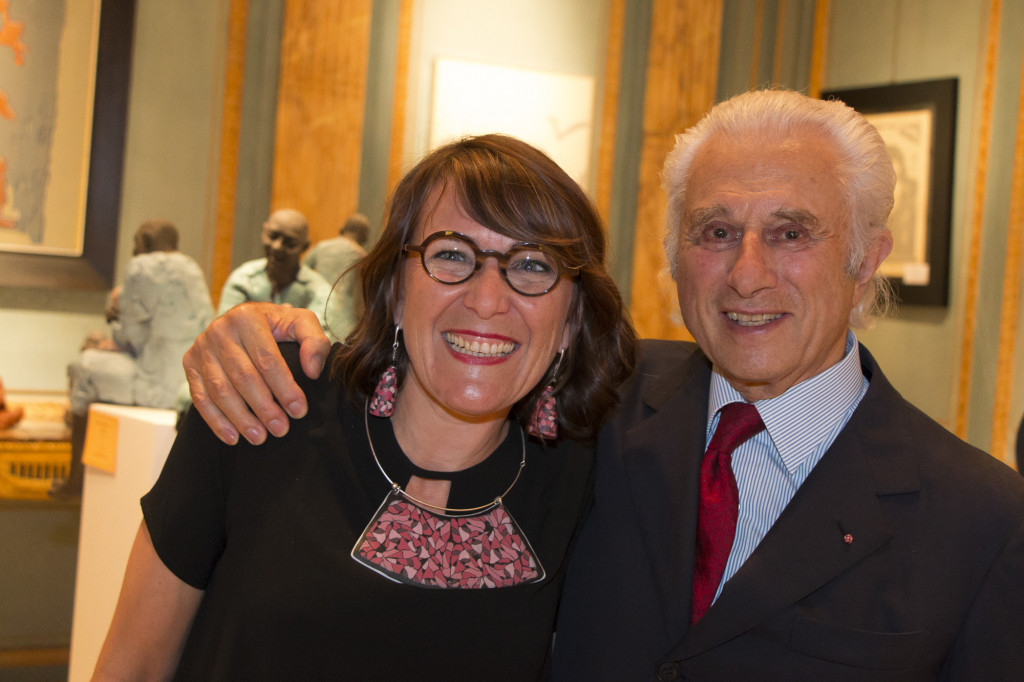 GamlucArt16 winner Corinne Chauvet with Adriano Riblozi at Ribolzi Gallery Photo: F Terlin[/caption] Her serenity and ability to live in the moment is apparent in her Buddhist-like miniature sculptures, each of which tells a tale although Ms Chauvet says she does not attach a specific story to a specific work during the artistic process. “I want to create an energy that represents the Buddhist mentality and that speaks to people and makes them smile.” This synergy is something the artist works on daily. “I nearly lost part of my arm in an accident four years ago,” Ms Chauvet shared. “I work with my hands and this was terrifying. But I was able to find inner peace at the possibility.” She said that ever since, she takes time every day to remind herself of what is important in life. She added, “For me, art is the ability to nourish each sculpture as I nourish each of my children.” Ms Chauvet accompanied Princess Caroline on a tour of her work in the standing-room only gallery. GemlucArt awards seven prizes as decided by a jury of museum curators and art critics. The 2016 judges were: Jean-Pierre Pastor (President), Guillaume Barclay (Vice-President), Doctor Beatrice Brych (President of GEMLUC), Adriano Ribolzi, François-Xavier Ciais, Frank Michel, Ondine Roman, Michele Beddington, Mercedes Duerinckx (with the assistance of Nathalie de Weerdt) and Clivio Piccione. The 2017 edition – the ninth year of the competition – brings the work of a hundred artists to Monaco, and helps to raise money for clinical cancer research, support cancer patients and their families as well as to contribute to the prevention, detection, and care of the disease. This year’s edition runs from October 11 to 16 at Auditorium Rainier III. Observing from a corner his sister with Princess Caroline, Ms Chauvet’s brother was brought to tears. “Corrine has worked so hard, and we lost our father only two weeks ago. He would have been as proud as I am.” Corrine Chauvet’s exposition runs until September 30 at Galerie Adriano Ribolzi (3 ave de l’Hermitage), open Tuesday to Saturday, 9:30 am-12:30 pm and 2:30 pm-7 pm. [gallery size="large" td_select_gallery_slide="slide" ids="21757,21755,21756,21746,21754,21753,21747,21749,21750,21752"]