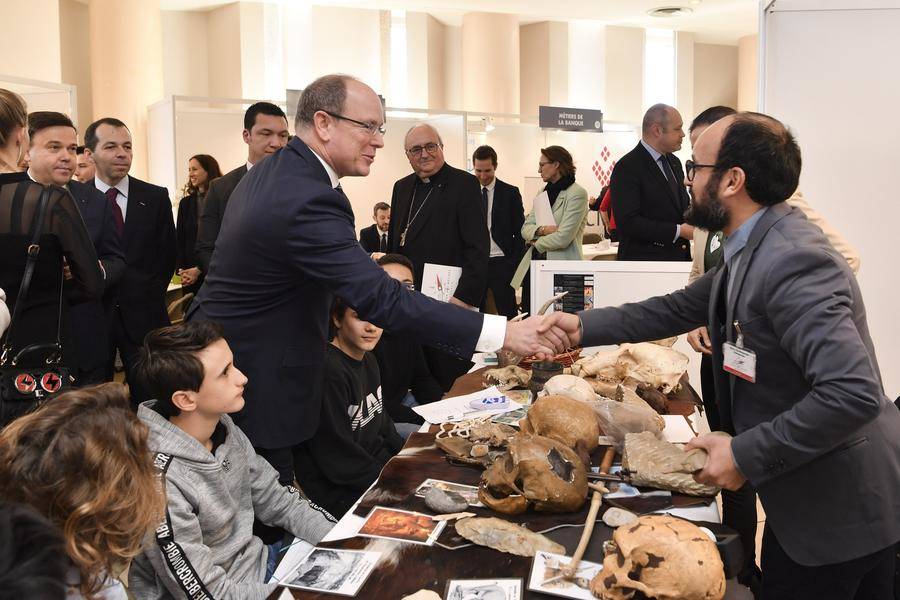 Organised by the Department of National Education, Youth and Sports (DENJS), this information day was part of a process of optimising school guidance.

Nearly 850 high school students met professionals from many sectors of activity, such as education and sport, health and social, science and technology, communication, hospitality, trade, arts and culture, defense and justice, architecture and urbanism as well as building and real estate.

Particular emphasis was placed this year on equal access for men and women to the building and public works trades.

Conferences were offered for the first time this year. Organised by the Orientation Advisers of schools in the Principality and led by experts and representatives of different sectors of study, these conferences focused on the following topics: university studies, preparatory classes for engineering schools, engineering schools, Bachelor and Master in hotel management, BTS industrial and tertiary, DUT scientific and technical.

As part of the Baccalaureate reform, an annual hourly volume of 54 hours is now devoted to answering students’ questions about the continuation of their career path and helping them to finalise their choice of orientation.

To this end, three priority areas of action are implemented in the Principality’s high schools: