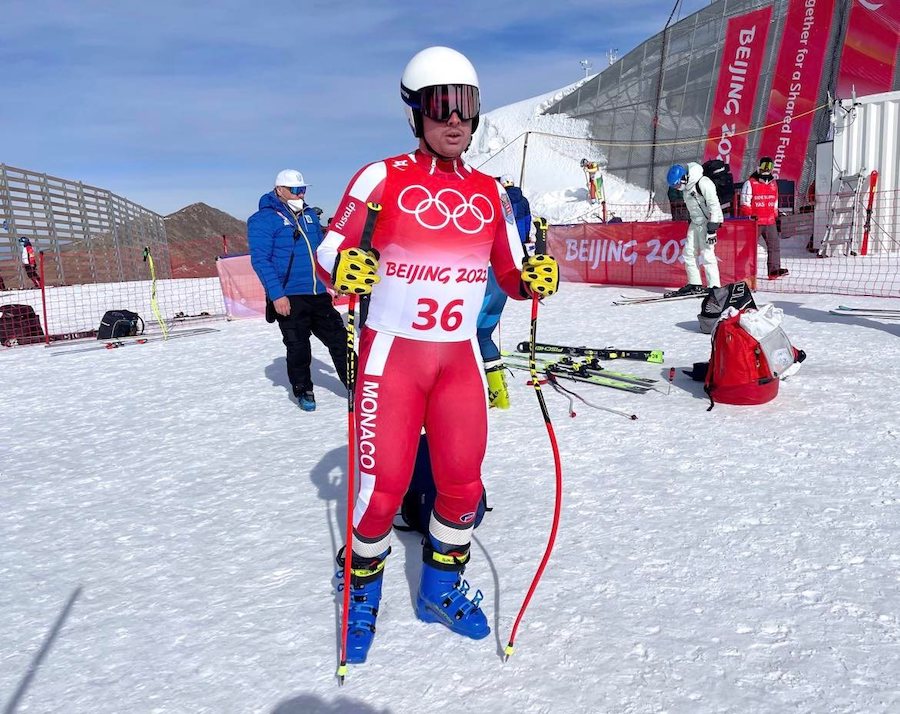 Monaco’s Arnaud Alessandria achieved a 29th place finish in the Men’s Downhill in Beijing on Monday, a realisation of the young skier’s pre-Olympic target, as he revealed to Monaco Life just before he left for China.

In late January, Alessandria told Monaco Life that his target was to improve on his performance in the 2014 Sochi Winter Olympics and reach the top 30. But he was made to wait for the chance to achieve his goal, strong winds on the course delaying the event by a whole day.

Alessandria agreed with the decision to delay, stating that “With gusts up to 60km/h at the summit, the decision was logical.” The postponement did, however, further complicate preparations. “It’s impossible to lose the least amount of energy possible, and be prepared to get in the zone at the time when they make the decision to start,” he said.

Conditions were less tempestuous on Monday, allowing the Men’s Downhill event to go ahead. Alessandria struggled at the top of the run but found his rhythm further down the descent. A strong last intermediate time ultimately secured the 29th place finish ahead of Israeli skier Barnabas Szollos.

As Prince Albert II watched on, the Monegasque achieved a time of 1:46.25, 3.56 seconds off the winning time set by Swiss skier Beat Feuz. He was narrowly trailed by French skier Johan Clarey (+0.10), with Austrian Matthias Mayer completing the podium (+0.16).

Alessandria was elated to have achieved his objective, albeit slightly displeased with his finishing time. “I am quite happy with my run, but in terms of the time, I am a bit disappointed,” he said in a press release by the Monaco Olympic Committee. “I thought I could have been a bit quicker, especially towards the bottom of the course.”

Having achieved his pre-tournament objective, his focus now turns to Tuesday’s Super-G event. “I don’t have any specific objective,” Alessandria said of the event. “We had two days of training before the downhill, which went quickly. I will try to reproduce this performance.”

Alessandria then has a short turn-around time before participating in Thursday’s combined downhill and slalom event, where he will be hoping to build upon his early success.