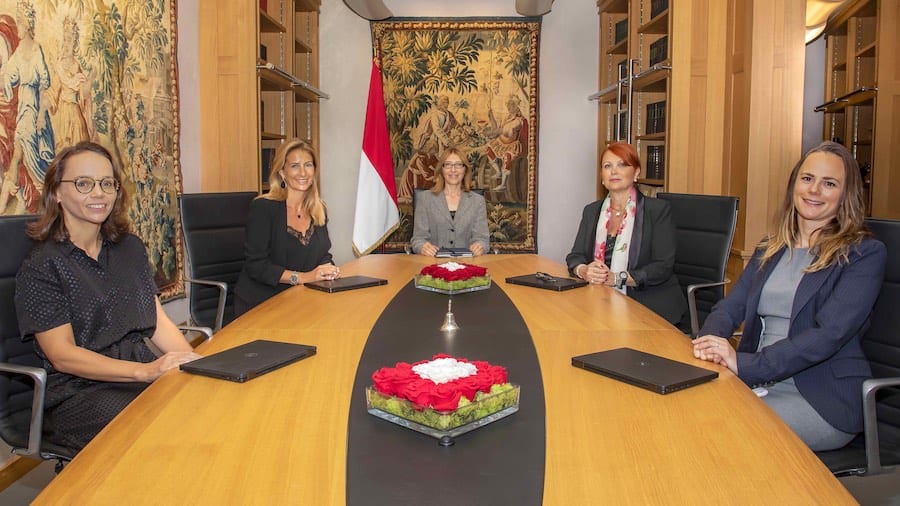 The Cabinet of President Stéphane Valeri is now composed of a completely female team for the first time in National Council history.
Earlier this month, the National Council underwent several internal promotions. Sébastien Siccardi, former member of the president’s Cabinet, was given the duty of Secretary General of the Assembly, following the appointment of Philippe Mouly as Secretary General of the Judicial Services Department.
Stepping into his position as Legal Affairs Officer in the Cabinet is Camille Quilico-Borgia, former Head of Division at the National Council.
The restructure means that, for the first time in National Council history, the Cabinet is now an exclusively female team.
Virginie Cotta is Chief of Staff, while Elodie Kheng is in charge of Economic and Financial Affairs, Maryse Battaglia takes care of Social Affairs, Karine Marquet is in charge of International Affairs and Camille Quilico-Borgia steps in for Legal Affairs.
The various appointments took effect on 1st September 2020.