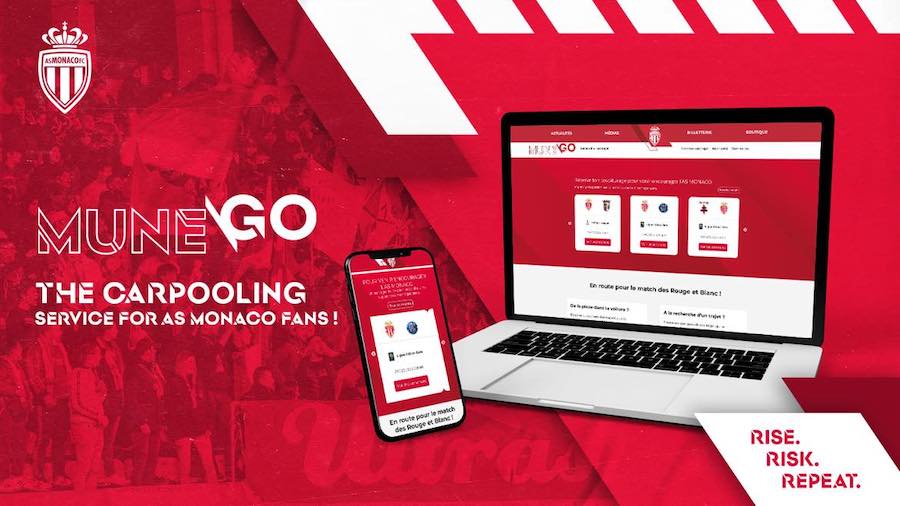 AS Monaco has launched its car-pooling service, allowing fans to share their passion for the club at away matches whilst facilitating access for those wanting to travel to the Principality.

In a press release issued by the club in March, it announced the launching of its car-sharing platform ‘MuneGo’ created with ‘StadiumGO. The platform can be accessed both on the app, or on their website (https://munego-covoiturage.asmonaco.com/), and is currently available to use.

Fans can both search for, or propose a journey. It will allow fans to travel from the Principality, or in fact any town/city in France for away matches, whilst also making it easy for fans to travel to the Stade Louis II.

As well as being an eco-friendly, more cost-effective way of travelling to football matches, it also allows supporters of the club to live up to their motto “Everywhere, always”. Monaco are one of the most followed sides on the road in Ligue 1, and 200 filled the away stand at Metz over the weekend in spite of its location far from the Principality and freezing temperatures.

The use of the platform becomes even more economical when taking into account the savings that can be made on parking at the Stade Louis II. All car-sharing supporters will be offered a free parking space at the stadium’s on-site car park.

Fans will have ample opportunity to benefit from the platform from now until the end of the season, with a packed run-in for the club. Fans can propose or search for car-sharing opportunities for Sunday’s match at home to Troyes, whilst there is also the chance for a long drive up to watch the Red and White’s up in Brittany when they face Rennes just days later.