Ambassador presents credentials to King of the Belgians

Ambassador presents credentials to King of the Belgians 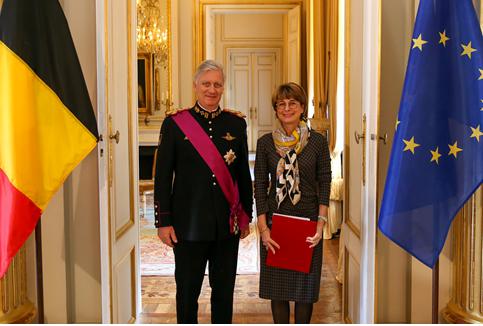 Isabelle Berro-Amadeï has presented His Majesty the King of the Belgians with her credentials accrediting her as Ambassador Extraordinary and Plenipotentiary of Monaco.
The official ceremony took place on 6th February at the Royal Palace of Brussels and was followed by a private meeting, during which His Majesty the King underlined the excellent relations between Belgium and the Principality of Monaco and wished that they continue to develop in the same spirit.
The Principality’s proactive policy in favour of a sustainable city and the progress of the urbanisation project at sea were notably mentioned.
The Ambassador assured His Majesty the King of her commitment to continue and deepen the ties that have united the two countries for many years.