Ambassadors of Austria, Australia, India and Luxembourg welcomed to Monaco 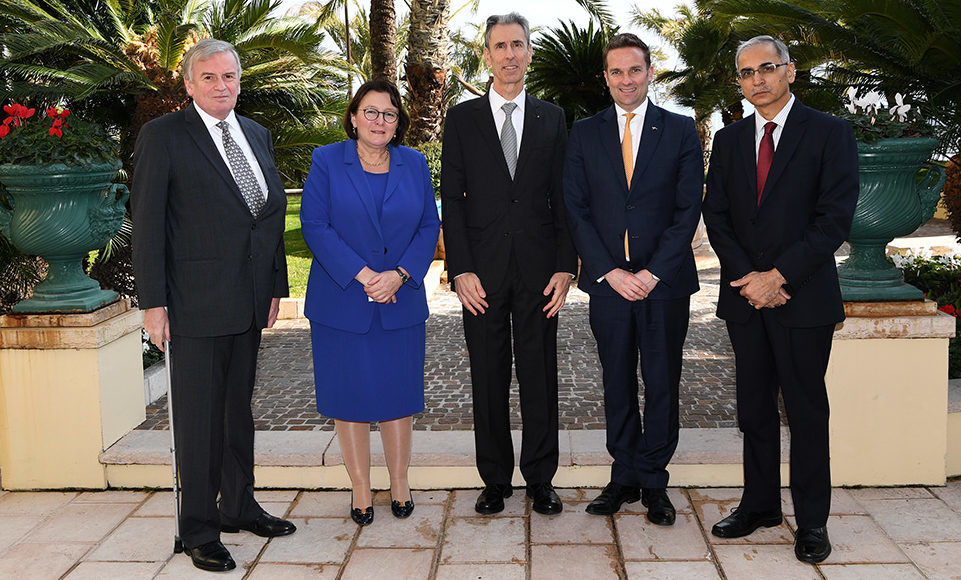 Gilles Tonelli, Minister of Foreign Affairs and Cooperation, received four new ambassadors at a luncheon at the Hermitage Hotel on Monday, January 29.

A trained economist, Mr Bern joined the Department of Foreign Affairs and Trade in 2000, where he held the post of Director of the Commercial Finance Section and then Deputy Director General of the Asia-Pacific Economic Cooperation Section. In March 2015, he was promoted Ambassador for Economic Cooperation in Asia-Pacific and First Deputy Director General in the Directorate of Business Investments and Economic Diplomacy. He then became Chief of Staff to the Minister of Trade, Tourism and Investment.

Mr Kwatra joined the Indian Foreign Service in 1988. He was appointed Consul in Karachi in 1993, and then in Durban in 1994. He then served as a delegate, successively, to the SAARC Secretariat, to the Policy. Planning and Research in New Delhi and then to the Office of the Prime Minister.

After a degree in the Ministry of Foreign and European Affairs, where she later occupied the posts of Director of Political Affairs and Director of Development Cooperation, Ms Schommer was in turn, Diplomatic Advisor to the Prime Minister, Ambassador, Permanent Representative of Luxembourg to the European Union in Brussels, Ambassador to the Federal Republic of Germany and Non-Resident Ambassador for the Republic of Mali, Niger, Senegal and Burkina Faso.

Local News Stephanie Horsman - June 14, 2021
AS Monaco Basketball was on their home turf this weekend taking on Boulazac-Perigord, beating them handily 76 to 69.