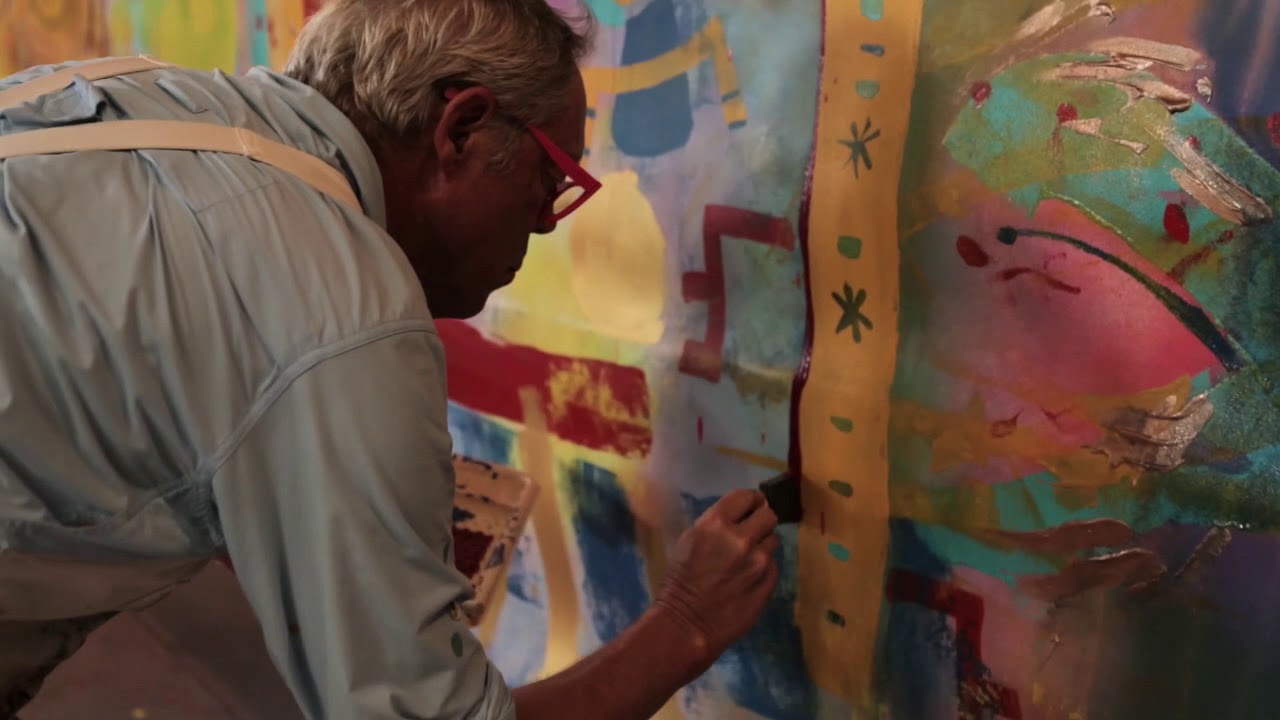 The Vendôme Art Gallery welcomes American artist David Syre for his first exhibition in Europe: “Cards of the soul: An artist on the way”.

Time spent in Nice and Monaco years ago became “the first step of a new path” for this artist whose exhibit, which opens on May 3 and runs until May 19, is dedicated to travel. Indeed, the 23 paintings, drawings and sculpture on show and created between 2013 and 2018 will serve as a map illustrating the different stages of the artist’s life.

A self-taught artist, David Syre grew up along the Nooksack River. The son of Norwegian agricultural parents, he exhibited a remarkable resilience that would be emblematic of his life – overcoming polio at age four, going on to compete in marathons as an adult and building a successful business founding the real estate development Trillium Corporation in 1974, which became an international global investments business.

Although a talented child artist, art was deemed an unacceptable career path. Later in life, Syre rediscovered his creative passion fulfilling his childhood dream of painting, and he now has a studio on the site of his family’s 100-year-old farm in view of the Canadian Cascade Mountain.

During 2018, David Syre will exhibit in two other countries, the US and Argentina. Each of these destinations shares a common denominator: the concept of “the road” travelled by the artist. Thus, the themes of the exhibitions of Nice, Santa Fe and Buenos Aires will be different. In Nice (May) at 16 rue Emmanuel Philibert, the veil rises on the path of life of David Syre, Santa Fe (September) will explore the origins and development of humanity in time and in Buenos Aires (November), the works will be dedicated to configurations of femininity and masculinity in line with Ona culture.

Each destination will lead to “The Peace Trail”, the great project of the artist in Tierra del Fuego, Argentina.

CMB and Philharmonic partner again for a new season

Local News Cassandra Tanti - June 1, 2020
Almost half of all Monaco residents have taken part in the government’s free Covid-19 screening campaign, and of those only 2.7% have tested positive for the virus antibodies.