Americans and friends celebrate Thanksgiving in Monaco and Nice 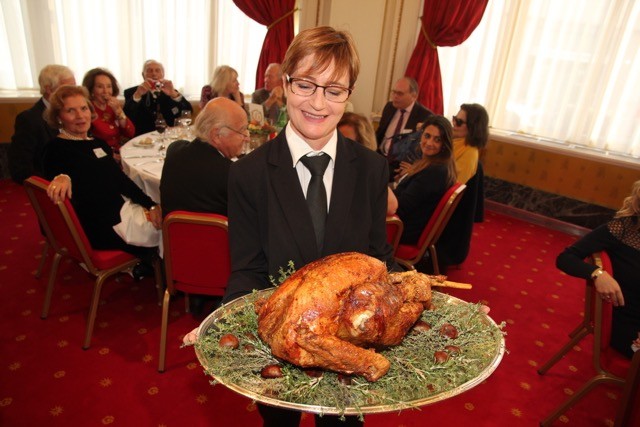 Americans in Monaco and the Côte d’Azur feted Thanksgiving with the American Club of the Riviera, which was also celebrating its 55th anniversary, over lunch at the historical Negresco hotel in Nice.

Guests were treated to a tour of the ground floor art works as collected by Madame Augier, whose family has owned the Belle Époque hotel since 1957. The hotel-cum-museum has been a listed Historical Monument since 1974, and is home to 3,000 objets d’art including 1600 original paintings (one of three full-length portraits of Louis XIV is in the Versailles Ballroom, the other two being the Louvre and Versailles).

The art appreciation was followed by a Champagne reception in the Galerie Royale at 12:30 pm, where smoked salmon and foie gras canapés were served with Jeepers Champagne – named after WWII American soldiers who left a Willys Jeep for the champagne producer Armand Gourtobe who had been injured while rescuing American GIs and could no longer walk through his vineyards.

The lunch at the new location (it has customarily been held in Monaco in past years) was a huge success – it finished at 4:30 pm – with 153 people in attendance including Major William Connors, US Army, Liaison Officer to the French Army, and his wife Sarah, who enjoyed a traditional turkey as prepared by Meilleur Ouvrier de France 2007 and 2-starred Michelin chef, Jean-Denis Rieubland.

Later that evening, another Thanksgiving feast took place at Stars’n’Bars for the 24th consecutive year as MonacoUSA honoured the holiday on the third Thursday of November.

Some 70 guests sat at communal tables at Stardeck where they shared stories of gratitude, gobbled turkey and watched the traditional three NFL Thanksgiving football games on the big screen.

The all-you-can-eat buffet, of which nearly every ingredient was organic, was a hit with the customary stuffed turkey and all the fixings. The entire meal was homemade – even the cranberry sauce and pie made from real pumpkins – and made using owner Kate Power’s original Texan recipes.

Although it was an American celebration, the festive evening included all nationalities and all ages. Seven lucky guests won prizes including watches, headphones and a Bacardi party keg.

According to IMSEE’s 2016 census, there are currently 366 American residents in Monaco. 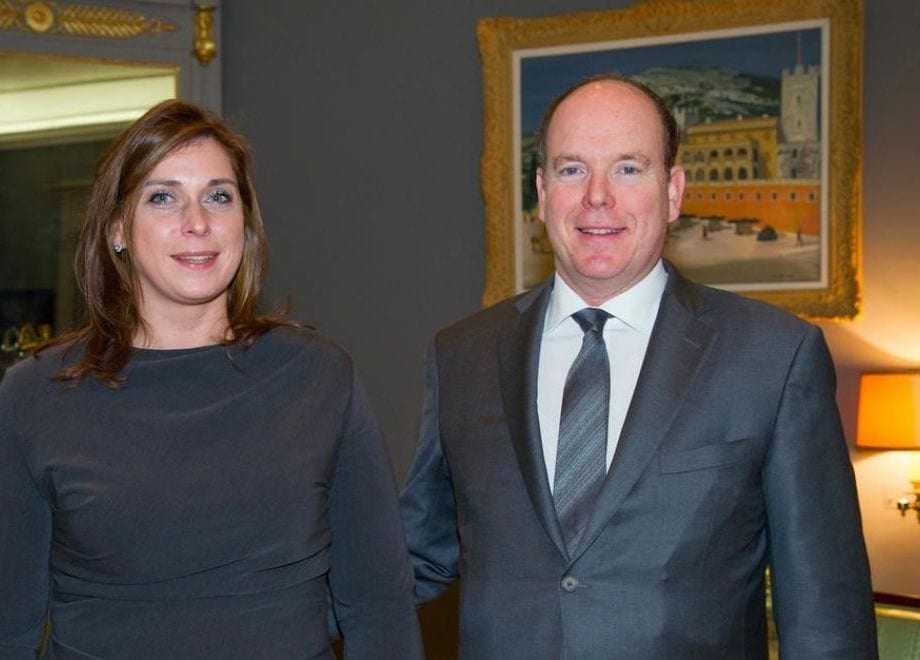 Anne Eastwood, High Commissioner for the Protection of Rights, Freedoms and Mediation in Monaco, with HSH Prince Albert. Photo: Princely Palace[/caption] The Office of the High Commissioner for the Protection of Rights, Freedoms and Mediation in Monaco has just published its second annual activity report, presented by Anne Eastwood, High Commissioner to the Sovereign Prince. In addition to statistics of its activities, the report reflects on the actions taken by the institution over the past year and the progress achieved in the service of the public and administration. During the 2015/2016 year, a total of 114 cases were dealt with. Much of the Commission’s work involved housing matters. Created in October 2013, this public and independent entity of mediation aims to ensure respect for the rights of everyone vis-à-vis the Monegasque Administration. It’s also involved in the private sector in the fight against discrimination. In this context, it acts as a tool for dialogue and accompaniment of people to try to resolve situations that could not be resolved directly between the parties. Its services are accessible to everyone free of charge.