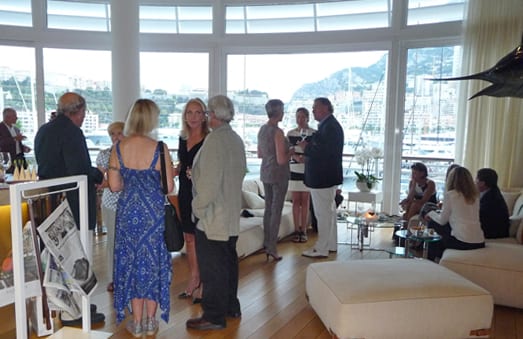 Some members of Monaco’s American community, along with friends of Swiss, French, British, Russian and Monegasques nationalities, gathered at the Yacht Club Sunday evening for an informal drink to honour the passage of 15 years since 9/11. A glass was raised to “those who have fallen, those who have risen and those to come”.

The US community of Monaco, which numbers around 300, is well represented by MonacoUSA the American Club of the Riviera, and the 14th Annual International Conference for the Associations of American Clubs (AAC) takes place October 20-23 at the Novotel Monte-Carlo. While the conference was previously reserved for the Presidents of the 50 American Clubs worldwide, the event is now open to any American Club member.

While this was not organised through the American Club or MonacoUSA, the 14th Annual International Conference for the Associations of American Clubs (AAC) takes place October 20-23 at the Novotel Monte-Carlo.

While the conference was previously attended only by the Presidents of the 50 American Clubs worldwide, the event is now open to any American Club member.

Burton Gintell , President of The American Club of the Riviera and  Member of the Association of American Clubs Steering Committee, says, “We will be actively coordinating between the AAC visitors and ACR hosts to ensure that a great time is had by all, and that the attendees from other countries also spend some enjoyable times with our members.” He also asks that “you register for the 5 planned events to ensure your places and to assist in our planning”.

The first event on the conference agenda is a welcome reception for visiting delegates hosted by MonacoUSA at Stars’n’Bars. The cocktail on the Stardeck starts at 8 pm and €30 per person includes beverages and finger food. Tickets can only be purchased through the American Club of the Riviera. Neither MonacoUSA nor Stars’n’Bars will have tickets available.

No Finish Line 2017. Photo: Philippe Fitte[/caption] In 2016, Barclays Monaco set a very tough objective to complete 10,000 km in the 8-day No Finish Line Monaco, not an easy feat when you think that the circuit is only 1.4 km long. Not only did the 220 people that made up Barclays team manage 10,321 km, they also tied for overall 3rd place for teams with Fight Aids Monaco. This year, Barclays Monaco raised the bar to 12,000 km and ended up covering a distance of 13,452 km (more than a roundtrip flight from Nice to New York), which helped inch up on the podium to 2nd place overall in the Team Category. For each kilometre completed, sponsors donated €1 to Children & Future, an association that supports projects in favour of disadvantaged or sick children. Five Barclays’ colleagues each surpassed the 200 km mark, while 12 managed over 100 km. [gallery td_select_gallery_slide="slide" size="large" ids="27856,27851,27857,27855,27852"] In addition, and for the first time ever, a Barclays team of 6 runners – 4 Barclays staff and two external runners— registered for the official 24-hour relay race. They took 1st place with a total of 332.525 km, a lead of over 11 km on the runner up while beating the 24-hour record by nearly 10 km, set by the Monaco Fire Brigade in 2016. No Finish Line Monaco, which tool place from November 11-19, 2017, saw 12,967 participants covering a total distance of 436,963 km – nearly 37,000 km more than expected – to raise €436,963. Paula Radcliffe, who was an Ambassador for the 2017 Barclays Monaco No Finish Line team said, “Congratulations and thanks for inviting me to be part of such a nice strong team.”

Barclays long-term aim continues to be about making decisions and doing business that positively impacts clients, customers and shareholders, as well as the communities in which they operate. Its Citizenship Strategy is a very simple concept: "When the communities we live and work in thrive, we do too. And when society prospers, we all do."

Director to stay at CHPG 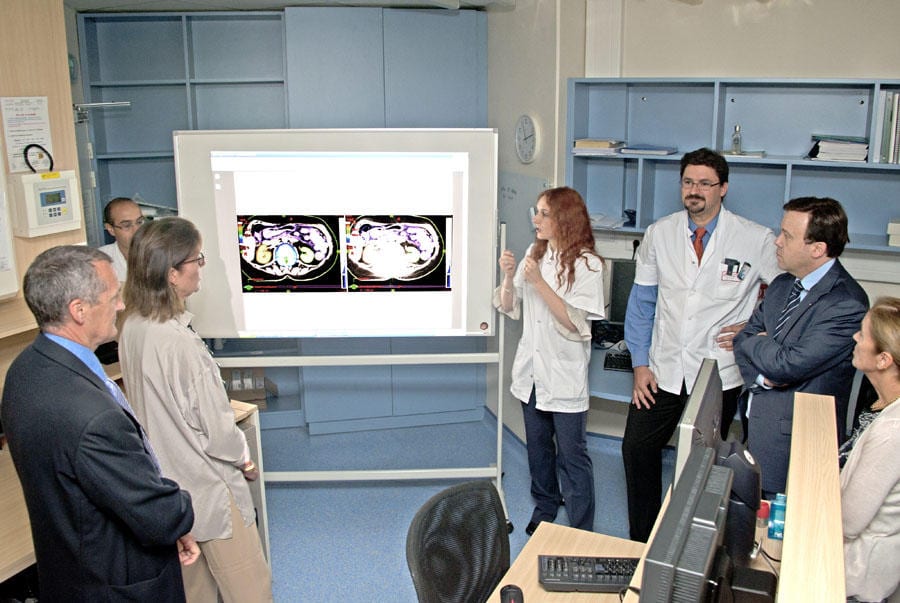 Dr Cécile Ortholan presenting a new radiotherapy technique at the CHPG in September 2012. L-R: Patrick Bini, Director of the CHPG; S.A.R. the Princess of Hanover; Dr Cécile Ortholan, Director of the Radiotherapy Service; Benjamin Cerrano, Radiophysicist; Stéphane Valeri, Government Advisor for Health and Social Affairs; Dr Béatrice Brych, President of the GEMLUC. Photo: gouv.mc[/caption] Mr Patrick Bini, Director of the Princess Grace Hospital (CHPG), will stay on in his post longer than originally projected, the Government announced on Thursday, March 2. Mr Bini, who has served during major changes at the Hospital, including a project to extend and rebuild the facility, was due to leave his post at the end of June this year. He will stay on until July, 2018. Mr Bini's hospital career includes posts as Director of the Fréjus Saint-Raphaël Hospital, Director of the Rodez Hospital, and Deputy Director General at the Regional Centre to Combat Cancer in Nice. He was also Deputy Director General of the Nice University Hospital. He replaced his predecessor at CHPG, Mr François Silvani, in July 2010. CHPG enjoys an excellent reputation for the quality of its care. The hospital serves not only the Principality but also a wide swathe of the surrounding French Department, including Beaulieu-sur-mer and Menton.