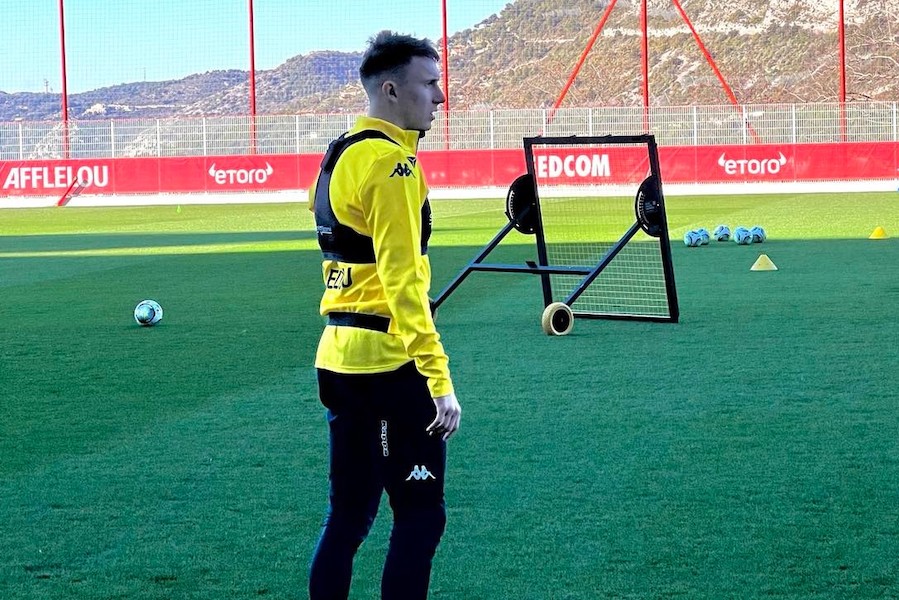 Absent, injured, fragile. These are the words most commonly associated with AS Monaco’s Aleksandr Golovin in recent months, but as he returns to the field, he endeavours to reconstruct that narrative.

The Russian midfielder’s recent statistics don’t make pleasant reading, not least for his manager Philippe Clement, who admitted as much in Friday’s press conference. “In 16 months at Monaco, he has only played the full 90 minutes in four matches. I was surprised with this statistic.”

In that time, he has amassed almost as many injuries as he has goals. Following a hamstring injury that ruled him out of action for four months in the 2020-2021 season, Golovin slowly built back his fitness, managing consecutive 90 minutes for the first time all season in the final two games of that campaign.

In last summer’s Euros, he then went on to play in every minute of Russia’s unsuccessful attempt to get out of the competition’s group stage. It looked as though he was back, that those injuries and fitness issues that had gnawed away at him for almost the entirety of the campaign were finally behind him.

His body would fail him once more, however, and once again limit the influence of a player, who, on arrival in the Principality, was one of the most coveted midfielders on the continent. This time, Clement isn’t willing to take any chances, highlighting in his press conference the incremental approach towards his much-anticipated return. “We have to create a foundation for him so he can play more matches,” he began.

The Belgian then compared the Russian midfielder’s rehabilitation to the construction of a car. “His motor has to be ready…but it’s not just that, it’s the bodywork as well which has to be stronger, and we have to work on both things.”

In his role as engineer, Clement is taking his job seriously and with the necessary diligence, knowing what his playmaker can provide should he succeed. Asked whether Golovin could have that “X factor”, Clement said, “He has the qualities to be that.”

It is not solely the physical aspect that must be managed, but the physiological aspect as well. Clement is known for his man-management skills, and both himself and his playing staff have noted the “good dynamic” around the camp. Often, that manifests itself very visibly on the training field.

Whilst Golovin has had to contend with issues not so irregular for someone who has been sidelined as long as he has, there is also a specific set of circumstances to be managed. “He was frustrated to have so long where he wasn’t available,” said Clement.

Recently, the Russian midfielder has also been subject to online abuse due to Putin’s invasion in Ukraine. Although Golovin has not spoken publicly about the war, Clement did say in early March that, “he doesn’t feel good about what is happening in Ukraine.”

Clement then revealed on Friday: “There are lots of opinions in the world, certainly on social media. Lots of those opinions come from people that send messages to the players, and sometimes it isn’t pleasant. We speak to the players in such situations.”

With an excess of noise surrounding the midfielder off the field, his recovery from injury is now allowing him to do his talking on it. Having managed 68 minutes in AS Monaco’s 3-0 victory against PSG before the international break, he managed 87 against Metz on Sunday, before being replaced by Guillermo Maripan.

It is a signal of a positive trend, of a return to full fitness, that incidentally, was potentially aided by the banning of Russia’s international team from competing. Subsequently, Golovin stayed with the Monaco squad throughout the international break, and as Ismail Jakobs told Monaco Life, they used that time to “work more on the physical side of things.”

Golovin’s performance on Sunday was far from bombastic. Although he was a tidy, metronomic force in the final third (of all the Monegasque attackers to have played more than 45 minutes, he lost possession the least), it is clear it will take him time to re-assert himself as the kind of playmaker who is decisive and incisive in that area of the pitch.

Having been absent for so long, it is not just fitness that will be an issue in this period of re-adaptation, but also reconstructing an understanding with his team-mates. Operating in an area of the pitch where time and space is at a premium, his role relies on an almost telepathic, instinctive understanding with his team-mates. Given he has yet to have a run in the team since the arrival of Clement, a managerial change which also entailed a change in system and formation, it was unsurprising that those link-ups were lacking against Metz.

Nonetheless, the minutes undoubtedly would have done Golovin some good for the “bodywork” and “motor”, but also mentally. As Clement says, “The most important thing for a player is to do good things on the pitch.” For everyone around the club, not least Golovin, there is a hope that the talk of his nationality, of his fragility and his fitness will all be consigned to the past, and he can set about doing what his manager asks of him.