Analysis: Is this Charles Leclerc’s year?

Analysis: Is this Charles Leclerc’s year? 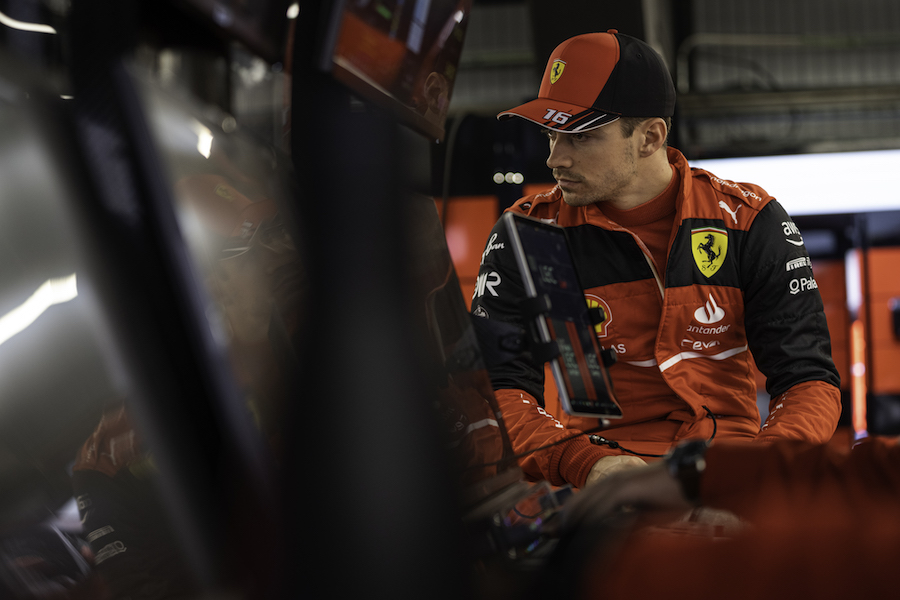 The stars could be aligning for a Charles Leclerc title challenge following promising pre-season tests. The heralding of the new era in F1, however, takes place amidst a troubling political backdrop.

As ever in a motorsport category so defined by innovation, there are large changes coming to Formula 1 this season. That change is most visible in the appearance of the cars themselves with longer front-wing noses, larger wheel rims, slicker aerodynamics and wheel covers giving the new-era car a futuristic design.

These car changes aren’t just superficial, they have been introduced to provide better racing. Drivers should not find it easier to follow in the dirty air, making it easier to keep touch with the car in front, hopefully providing more entertaining wheel-to-wheel racing.

Despite these changes, there is a certain degree of continuity in the build-up to the season, notably the obfuscation and mind-games that drivers and team principals have gradually mastered over the past few years.

The annual “we have a bad car” quote from Lewis Hamilton was trotted out in Bahrain over the weekend, and although this has often been used as mis-direction, that may not be the case this year. “I’m sure everyone can figure it out, we aren’t the quickest,” the Mercedes driver began. “Ferrari looks the quickest, perhaps Red Bull, then us or maybe McLaren.”

Ferrari’s Carlos Sainz is, however, wary of taking his rivals’ words at face value. “I think it is a typical Mercedes. They hype up the others, and then when it comes to the race, they blow the competition away. They have done it for five or six years now.”

Although Sainz’s scepticism is well-founded, there is a general consensus that Mercedes are off the pace, whilst Ferrari, who have been focusing on the 2022 rule changes longer than most, seem quick.

On day one and two of Bahrain testing in particular, Ferrari put in consistently quick times. Reigning world champion Max Verstappen topped the timing sheets on the fast day to allude not only to an inter-team battle for the championship, but an intra-team one too. However, the times set must also be caveated by the fact that teams, in order to slip under the radar, often hide their true pace in pre-season tests, and so no definitive conclusions can be drawn.

All of the indications, however, are that in his third season as a Ferrari driver, Charles Leclerc may now have the tools to mount a championship challenge. Having been marginally out-performed by his team-mate last season, Sainz will likely provide stiff competition for the much-coveted title.

Verstappen meanwhile will be looking to retain the world championship that he won so controversially in the closing stages of the final race of 2021. The decision taken by then race director Michael Masi to allow only the lapped cars that stood between Verstappen and Hamilton through under a late safety car prompted an off-season review into the incident. Masi has since been replaced as F1’s race director.

Hamilton will of course be looking to launch a title challenge and so will his new team-mate George Russell, who has replaced Valterri Bottas at Mercedes. Over the course of a five-year stint, a challenge for the latter failed to materialise, whilst Russell looked imperiously quick in the car when he stood in for Hamilton when he had Covid.

There have been few other driver changes, although Alfa Romeo’s line-up has completely changed with the arrival of Bottas and Guanyu Zhou replacing the retiring Kimi Raikonnen and Antonio Giovanazzi.

With all drivers confirmed, there would nonetheless be one final surprise. Russian driver Nikita Mazepin, who was billed to line-up for Haas, was relieved of his seat just prior to pre-season and replaced by Kevin Magnussen. The decision was prompted by the ongoing war in Ukraine. Not only is Mazepin a Russian citizen, but his father, Dmitry Mazepin, is a Russian oligarch and owner of the Uralchem chemical company. Mazepin sat down with Vladimir Putin in January to discuss Uralchem and Uralkali’s operations, leaving no recourse for rejection of his close links to the Kremlin.

The unfolding tragedy in Eastern Europe has also precipitated the cancellation of the Russian Grand Prix, not just for this year, but definitively. Whereas Russia has seen their contract cancelled, the Bahraini, Saudi Arabian and Abu Dhabi Grand Prix will all go ahead, despite the protests of the Bahraini Institute for Rights and Democracy (BIRD).

The institute pointed out “a clear double-standard” as Saudi Arabia, Bahrain and the UAE have all been involved in the conflict in Yemen yet continue to host F1 races.

As one of the greatest competitions in the sporting world prepares for lights out, it will do so under a cloud of moral indignation as the role of sport in the cleansing of a state’s image – aka sportswashing – lingers over Sunday’s curtain-raiser in the Gulf state.