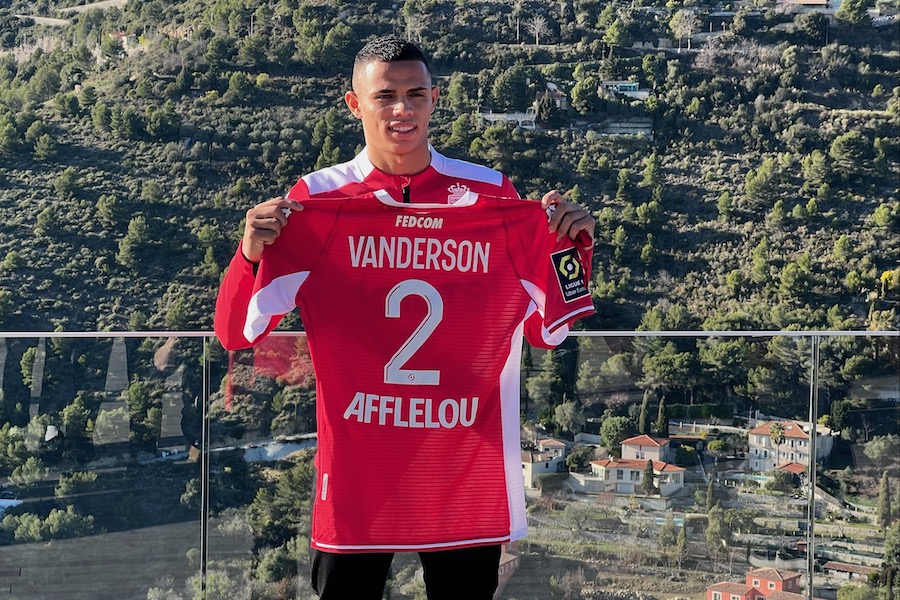 There were plenty of positives to take from Sunday’s victory against Marseille, from the reignition of the side’s Champions League hopes to a smattering of stellar individual performances, notably from Vanderson.

When the 20-year-old Brazilian was unveiled at the turn of the year, Sporting Director Paul Mitchell sought to alleviate the pressure on the new signing. Although trusting in his ability to make an impact before the end of the season, Mitchell was nonetheless cautious, stating, “We need to give him a little bit of time to settle in and integrate.”

Few could have predicted how quickly Vanderson would adapt to his surroundings – a new country, new language, new league, new team-mates. He already seems at ease within the team, a testament to his hard-work and professionalism, as well as the efforts of the Portuguese speaking players (Caio Henrique, Gelson Martins and Jean Lucas) who helped his initial integration into the squad.

This work off the pitch is now bearing fruit on it. Vanderson understandably played a bit-part role in the month of January, but he quickly displayed his attacking pedigree with a swivel volley against Montpellier as a substitute.

It was in February that he truly began to cement his place in the side, key absences in the forward positions providing the opportunity to make the breakthrough. Having started as a right-midfielder against Lorient in mid-February, he has gone on to start every match since.

In the slightly unfamiliar, more advanced position, Vanderson’s variation of overlapping and underlapping runs caused defenders nightmares. Whilst he has shown himself to be lethal with crosses from the half-spaces, he also has the pace and crossing ability to take the ball to the byline. That unpredictability is an asset not possessed in such abundance by Monaco’s other right-back options.

It is from the half-space that Vanderson had great joy against Nantes in the ultimately unsuccessful Coupe de France semi-final tie, as he registered two assists, his first during his time on Le Rocher.

His deployment in the attacking positions certainly gave the impression that he would be utilised more as a winger than as a defender. This was only further concretised by highlight reels that inevitably sprung up around the time of the Brazilian’s signing, with clips of great finishes and deft touches in-and-around the opposition penalty area.

Philippe Clement, however, sought to assuage those conceptions in the wake of Monaco’s match against Amiens in early February. He told Monaco Life, “I don’t consider him as an attacker. Krepin Diatta and Aleksandr Golovin aren’t available, and when it’s like this, you have to look at other options.”

Although not destined to inhabit that right-wing berth in the long-run, it did nonetheless provide the impetus for Vanderson to stake his claim as a starter in his more accustomed right-back slot.

Given the opportunity to do so against Marseille, he did not waste it. Clement, with a wealth of options at his disposal in the right-back position (Djibril Sidibe and Ruben Aguilar), now has a decision to make.

What was most striking was his defensive awareness and positioning. Although Marseille did enjoy some success down his flank, he was attentive to the overlapping runs of Luan Peres all evening.

Quite often Vanderson found himself at a numerical disadvantage, as the marauding pair of Dmitry Payet and Cedric Bakambu worked with Peres to create a handful of 2v1 opportunities, many of which came to nothing.

Here, Vanderson showed an intelligence beyond his years as, rather than jumping in to win the ball, he positioned himself perfectly to cut off passing angles, stalling the attack. It was at this point that Jean Lucas would return to the fold and neutralise that numerical advantage, often forcing Marseille to recycle the ball back through the phases.

Perhaps the crucial element of his display however, was his goal-saving, last-ditch headed clearances. Once again, Vanderson’s positioning and body-shape was excellent on multiple occasions. His vision and awareness allowed him to recognise threats early, giving him time to adjust his body position and get into the right place to make those crucial headed clearances at the back-post. Arkadiusz Milik and Matteo Guendouzi were amongst those to be thwarted by the Brazilian’s attentive defending.

He also has the pace to track runs made in behind. Aware of the danger posed by Marseile’s counter-attack, he made an excellent recovery run to deny Bakambu, who was steaming in on goal, drawing a foul in the process.

Perhaps more impressive, albeit less flashy, was his tracking of another Bakambu run late in the first-half. Playing on the last-man, Bakambu’s diagonal run was perfectly telegraphed by Vanderson, which allowed the latter to sweep up effectively and quash the threat.

Although it is possible to endlessly wax lyrical about Vanderson’s qualities, both tangible and intangible, it is also worth crediting the system implemented by Clement, which has allowed him to shine.

Although not known as a defensive manager, Clement has nonetheless improved Monaco’s defence, as his side have gone on to keep five clean sheets in eight Ligue 1 matches. For contrast, his predecessor Niko Kovac only kept three in his previous 19 Ligue 1 outings.

In this system, which sees the flourishing figure of Aurelien Tchouameni drop into the defence under certain circumstances, there is an added stability, whilst it is also getting the best out of some previously under-performing players.

Notable for his improvement in recent weeks is Axel Disasi. The Frenchman’s weaknesses are disguised in a system that is playing to his strengths. Tchouameni dropping back into defence in a sort of pivot during certain defensive phases, allows Disasi to be aggressive and assertive in his defending. This allows him to press and play on the front foot, safe in the knowledge that he is covered by his fellow Frenchman should he be bypassed.

In the match against Marseille, Tchouameni did this primarily to the benefit of Vanderson. As the Brazilian drifted into the wide spaces to cover the marauding Peres, Tchouameni slotted in between Vanderson and Disasi to fill the space created, and prevent Monaco being carved open.

Whilst the quality of Vanderson’s personal performance against Marseille shouldn’t be understated, especially given the fact he is still adapting to completely alien surroundings, the defensive solidity that Clement has brought is essential in facilitating such a performance.

Vanderson, on his part, couldn’t have done more on Sunday to prove his suitability for a right-back berth that, whilst being hotly-contested, is slowly becoming more and more his own.