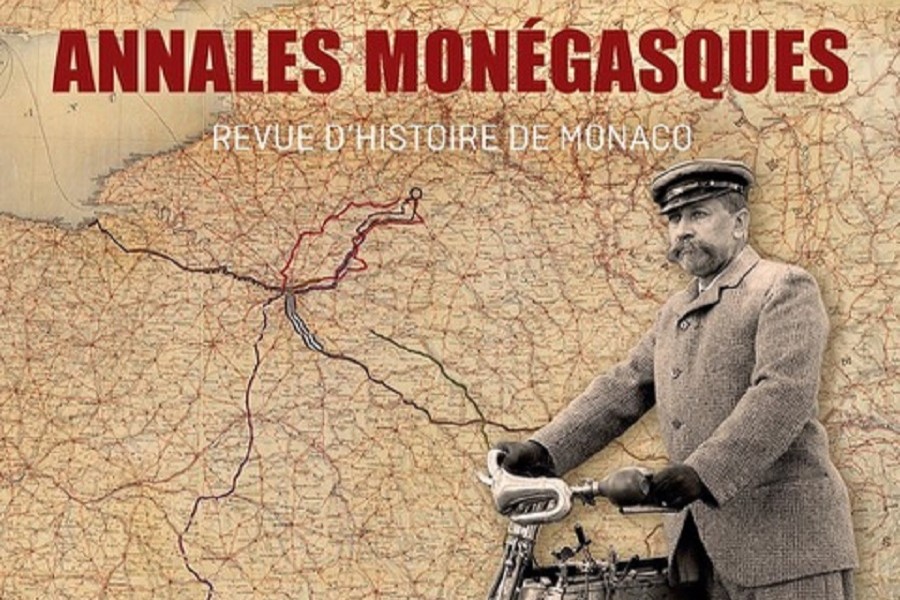 The 2022 edition of the Annales Monégasques takes readers on an intimate journey through the awe-inspiring years of Prince Albert I’s life, Monaco’s eminent “Explorer Prince”.

Each year, the Annales Monégasques publish a new journal that detail a chapter of the history of Monaco. This year, to commemorate the centenary of the death of Prince Albert I, the 46th edition celebrates the life and achievements of the Prince.

The symposium, The Careers of a Prince: The Life and Territories of Albert I of Monaco (1848-1922), was held in Monaco early this year, and it is with the proceedings of this event that this edition of the Annales begins.

Comprising 11 chapters, the first theme of Sports and Life in the Open Air presents to the reader a “richly illustrated monograph” detailing his journeys on a Humber Beeston motorcycle through France and Monaco from 1903 to 1905. Another passion of the prince was hunting, with a number of documents creating an image of someone who was practised in the sport, and who had anticipated current debates on the subject.

Another key theme, Exercises of Power, talks about the funeral of Victor Hugo in 1885 and how it marked a significant event in the Prince’s life. Readers are allowed an intimate view into his mind through a personal letter to his father explaining what he had seen as a member of the crowd.

Entitled Radiation and International Commitments of the Prince, three separate articles provide a deeper insight into his international dealings. The first looks at the contradiction between the Prince’s stance on anti-colonialism and his colonial business dealings in Mozambique, and these arrangements as a means of preserving peace. The second article covers Albert’s meeting with Iranian diplomat and pacifist Mirza Riza Khan and the first Peace Conference at The Hague. Lastly, the third article deals with the Prince’s involvement in the care and convalescence of wounded allies in Monaco during World War I.

Prince Albert’s scholarly life and scientific work are also documented in three articles, including his interest in anthropology, his contribution to marine safety and the preservation of fisheries resources, and his participation in the Geographical Society of Paris.

The final theme, Artistic culture and Patronage, deals with “the political and artistic sensitivity of Albert I” as well as the second wife of the Prince, Princess Alice of Monaco and the mixed opinions held by her contemporaries.

The 46th edition of the Annales Monégasques is now available for purchase here and is available in both paper copy and as a pdf.