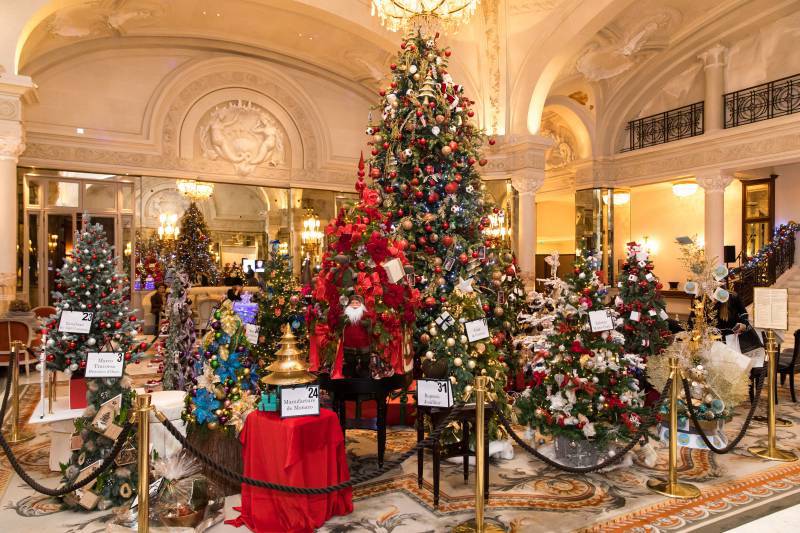 Every holiday season, Action Innocence Monaco creates a nostalgic and charm-filled forest of Christmas trees in the lobby of the Hôtel de Paris to raise money in its fight against crimes against children.

This year, almost 40 of these magically decorated trees will be on display from 9th December. The auction, which will take place on Wednesday 11th December at 6pm at the entry of Hôtel de Paris, will be managed by auctioneer Julien Vincent Brunie of Christie’s and will feature Christmas carols performed by ISM Voices from the International School of Monaco.

Founded in 2002 by Louisette Levy Soussan Azzoaglio, the original goal was to highlight the pitfalls and dangers of child internet use without parental guidance. Today, the association carries on with this work but has expanded in an attempt to make the internet a safer place for kids. They have done this through initiatives educating parents and children about the use of the internet for school and entertainment purposes whilst teaching them to recognise the perils of things such as cyber-bullying and child endangerers and fraudsters. They also offer preventative measures with interventions between clinical psychologists and kids, teens, parents, teachers and health professionals.

In the past, these artistically exquisite trees have fetched thousands of euros, all destined for charity and the safety of our children. The evening is a dazzling event in itself.

The Principality has welcomed four new Ambassadors from China, Brazil, Montenegro and Serbia.

Health and security were the main topics discussed at the recent Franco-Monegasque Joint Social Security Commission, including health care for workers in Monaco, the implementation of telework and the sharing of electronic medical records.

From Monaco to Madagascar, Charlotte starts her...

Charlotte Gamba, International Volunteer of Monaco and Pierrot, one of the students of the EPHATA school in Madagascar © DCI[/caption] Monaco’s International Cooperation Department has sent a new Monaco International Volunteer (VIM) into the field. Charlotte Gamba, 24, has started her mission with the Ephata school, supported by the Monegasque Cooperation. The specialised school teaches blind and partially-sighted children in Fianarantsoa, Madagascar. Established in 2002 by the Congregation of the Sisters of Mary the Immaculate, Ephata offers guidance adapted to visual handicaps, enabling children to benefit from education with a maximum degree of autonomy. During this year of volunteering, Charlotte, a Monegasque and a lawyer by training, will have the task of assisting the Administrative and Financial Manager of Ephata, and in particular to organise training in labour law. She will also participate in the implementation and development of the school's educational programmes, in particular providing support in French and English. She will also be responsible for developing an activity generating income for the school: the establishment of a “bush taxi" line – a taxi collective between Antananarivo, the Malagasy capital, and Fianarantsoa. Currently, six VIMs are on long-term missions in three priority countries of the Monegasque Cooperation: Morocco, Burkina Faso, and Madagascar. Each job opening is published in the Journal de Monaco. Job profiles vary according to the needs of the partners of the Monegasque Cooperation. An application form is available on the website under the heading "The International Volunteers of Monaco". READ ALSO: Life-saving procedures made possible thanks to volunteers READ ALSO: The Charities of Monaco Life: Namaste 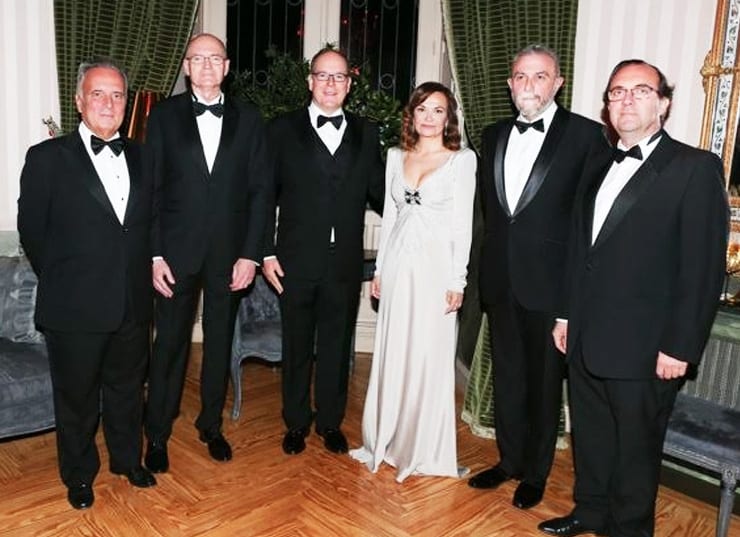 ©Nebinger/Palais Princier[/caption] The Prince Albert II of Monaco Foundation (FPA2) has extended the reach of its environmental commitment with the opening of a branch in Madrid. FPA2, which celebrates its tenth anniversary in June, has representation in France, Britain, the US, Canada, Switzerland, Germany, Italy, Singapore and, as of Saturday, Spain. HSH Prince Albert II, along with FPA2 Vice President, HE Mr Bernard Fautrier, and M. Caroline Portabella-Settimo, president of the newly-launched Spanish office, attended “The Mediterranean in 2050, sustainability, biodiversity and resource management”, a conference that brought together more than 200 Spanish personalities, entrepreneurs, scientists and institutional representatives, all involved in the protection of the environment. Guest speakers included Teresa Ribero, Director of the Institute for Sustainable Development and International Relations (IDDRI) and Xavier Pastor, oceanographer and Founder of Greenpeace Spain. Prince Albert said: “Together we can save the Mediterranean, united, we will allow it to approach the second half of this century with lasting prospects, unspoilt landscapes, mobilised states and committed people. This is certainly the goal I have set for my government and my foundation for ten years.” In the afternoon, Prince Albert II met with King Felipe VI in a private audience at the Zarzuela Palace, before attending the gala dinner with 150 guests to celebrate the official opening of the Spanish branch of FPA2.