Annual Reception of the Economic and Social Council 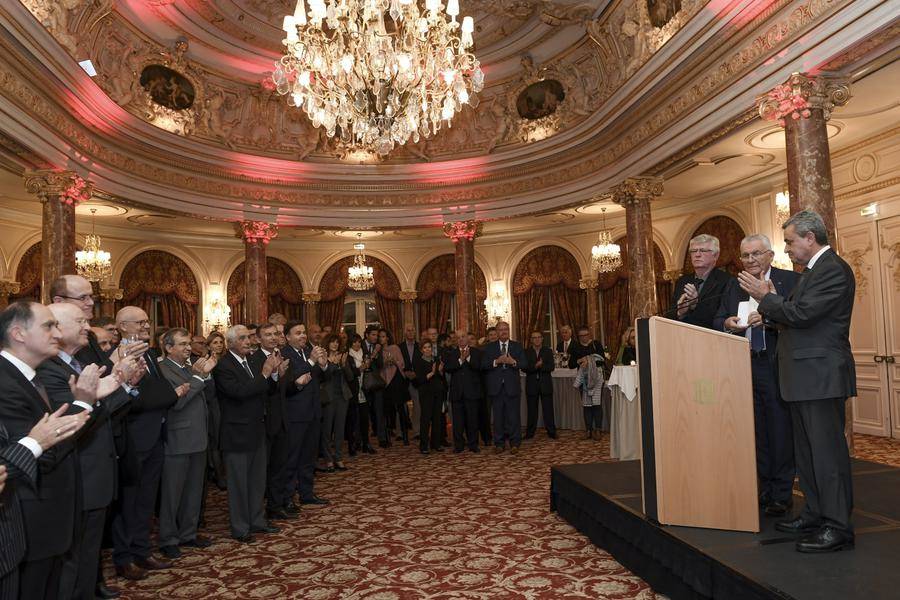 Monday, November 26, the President of the Economic and Social Council (CES), André Garino, gathered many personalities of the Principality, including HE Mr. Minister of State, Serge Telle, Government Councilors and representatives of the economic and social world, on the occasion of the traditional annual reception of CES.

In his speech, President Garino referred to the positive results of the past three years, during which 18 vows and 4 reports were drafted, and underlined the importance of the consultative role of this Assembly, a privileged forum for dialogue and proposals. whose vocation is to give an opinion on subjects related to the economic and social life of the country.

Subsequently, he expressed the wish that the Economic and Social Council continue to be associated with the reflections, on all the texts of social and economic nature.

Finally, President Garino also spoke about the next appointment of the new President of ESC and the renewal of its members.

shares
SHARE
Facebook
Twitter
Previous articleInternational Day of the Rights of the Child – The paths of the children’s school
Next articleCall for Papers: 2019 Monaco International Workshop
Staff Writer

Etienne Franzi, President of CMB; HE Mireille Pettiti, President of MIE; Gilles Tonelli, Minister of Foreign Affairs; and Albert Croesi, Managing Director of MIE. Photo: Manuel Vitali/DC[/caption] Albert Croesi, Managing Director of Monaco Inter Expo (MIE), and Etienne Franzi, President of Compagnie Monégasque de Banque (CMB), signed a working partnership agreement on Thursday, February 15, in the presence of Gilles Tonelli, Minister of Foreign Affairs and Cooperation, and HE Mireille Pettiti, President of MIE. Convinced by the positive experience of the first partnership between MIE and CMB during the Astana EXPO-2017 Specialised Exhibition, the Monegasque bank wished to become more involved with the State Corporation to promote the influence of the Principality locally and beyond its borders. "MIE is not only honoured by the confidence of the CMB, which becomes its official partner, but also proud to be associated with the image of excellence of this bank," said Mr Croesi. MIE's mission is to promote the image of Monaco abroad and to organise events in the Principality, the first of which, entitled "Meeting of the Historic Grimaldi Sites of Monaco", will take place on June 23 and 24, 2018.