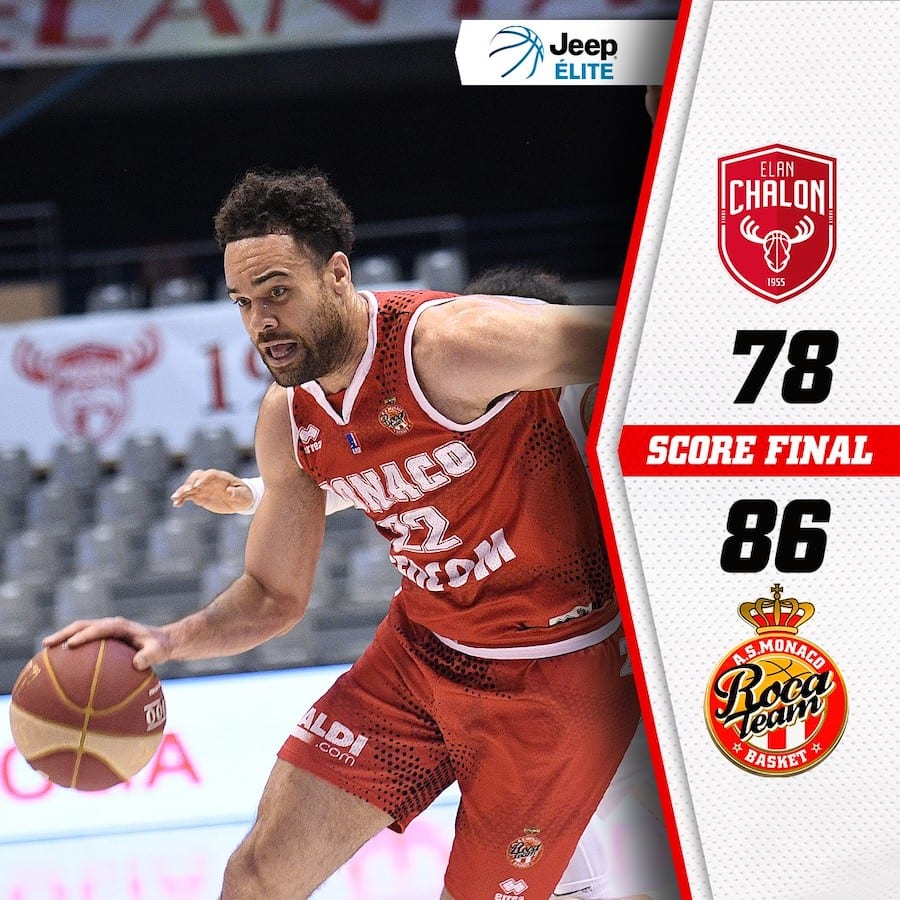 AS Monaco Basketball is being kept extremely busy these days. The team has racked up 14 victories in 16 days, the latest being an 86 to 78 win over Elan Chalon on Wednesday night.
No one can say the Roca team aren’t giving it their all this season, and the results have boosted them to new heights. Not only have the boys qualified for the Euro Cup 7 finals and gained right-of-passage to the prestigious Euroleague, but they have also dominated their Jeep Elite opponents consistently and professionally.
Their latest victory came on Wednesday when they went toe-to-toe with Elan Chalon at the Chalon-sur-Saône Colosseum.
The night belonged to JJ O’Brien and Marcos Knight, who both played incredible games. O’Brien was top scorer of the game and had four assists, and went four for five in three-point range, whilst Knight went for perfection, going eight for eight and scoring 100% on the evening. Branden Frazier was no slouch either, picking up 13 points and going three for five on his three-point shots. Finally, Abdoulaye Ndoye is also notable for going 100% on the night as well.
The third quarter was when Monaco poured on the heat and it was smooth sailing from then.
“After all the emotions experienced in recent days, the challenge was to stay focused,” said Coach Zvezdan Mitrovic after the match. “The first half was not very intense, Chalon then dominated us on the rebound, but overall, we had control over this match and the ball circulated well.”
The team made 33 out of 69 shots on the night, going 10 for 29 in the three-point zone. They had an astonishing 27 rebounds, 17 assists, eight strays and 11 steals.
O’Brien had 18 points to his credit, Knight had 17, Frazier 13 and Ndoye 10.
The team now gets a well-deserved rest. They return on the 20th of April when they take on the Metropolitans 92 of Paris at the Palais des Sports Marcel Cerdan at 7pm.