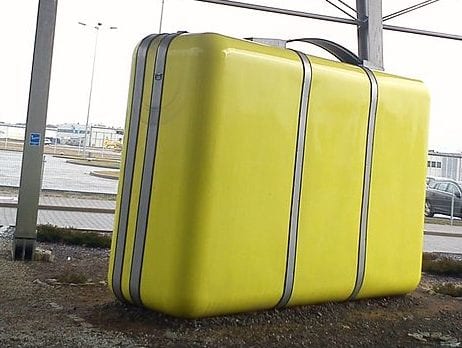 A suspect bag at Nice Airport’s Terminal 2 caused the evacuation of the Air France check-in area on Monday morning and security measures were put in place inside and outside the terminal. The drop-off area was temporarily closed. The easyJet check-in area was not affected.

Earlier in the morning two other pieces of luggage had been found apparently abandoned in Terminal 2. An airport spokesperson said that forgetful passengers were the cause of the scare. The restrictions were lifted at 12:36 pm.

Photo: Facebook Energy Observer[/caption] The Energy Observer has completed more than 4,000 nautical miles before completing its Tour de France in Monaco, arriving on Wednesday, December 13 at Quai Antoine 1er. This, the first self-sustaining hydrogen ship without the emission of greenhouse gases or fine particles, will welcome the general public at its village until December 21, 2017. The choice of Monaco for a port visit echoes the Prince Albert II of Monaco Foundation's commitment to innovative projects such as Planet Solar, the Formula E and Solar Impulse championships. For a week, the crew of Energy Observer will take advantage of this last stop to meet local players whose initiatives are remarkable, while preparing the continuation of the Odyssey for the Future in the Mediterranean and working on the first technological optimisations of the ship. The exhibition village dedicated to the project is open and free until Thursday, December 21, from 10 am to 6 pm. [caption id="attachment_26429" align="alignnone" width="640"]

Photo: Facebook Energy Observer[/caption] The links between the Albert II Foundation of Monaco, the Principality of Monaco and Energy Observer go back to the beginnings of the project, through several meetings during which the Sovereign has always taken a great interest in the project and declared his willingness to welcome the ship for a stage of its World Tour. This is now done, and this support is in line with the Principality's commitment to encourage major technological innovation projects, in the service of the fight against global warming.

Photo: DR[/caption] A delegation from the Monaco Tourism and Convention Bureau, accompanied by several Monegasque tourism partners, visited Brazil (Belo Horizonte, Rio de Janeiro, Sao Paolo and Porto Allegre) and Argentina (Buenos Aires), from April 14 to April 24. The Monaco delegation was led by Corinne Kiabski, DTC's Director of Communications, and Laurence Aquilina, Head of the South American Market in DTC's Marketing and Sales Department. They were accompanied by Marion Fernandez from Meridien Beach Plaza, Claudia Ellmer from the Hotel Metropole Monte Carlo and Alexandre Lebrat from Monte-Carlo SBM. In Sao Paolo, a working meeting between hotel partners and wedding planners was held in order to present Monaco as an ideal destination for Brazilian clients on a special honeymoon. The wedding industry is experiencing an exponential boom in Brazil. Throughout the promotional tour, lunches and meetings, to which the national media were invited, provided an opportunity for Monaco to showcase its new travel slogan: “Green is the new Glam.” Members of the DTC, as well as the representatives of the Brazilian office, then continued their meetings in Buenos Aires. They made first contact with high-end travel agencies to make them aware of the attractions of destination Monaco. At the same time, meetings with the Argentinean media helped to place the Principality at the heart of the Argentinean news agenda. Brazil is an emerging market for Monaco. In 2017, Brazil was in 18th place among the top 20 arrivals in the Principality. For its part, Argentina, the third largest economy in Latin America, is growing at an annual rate of 2.8 percent and could become a buoyant market for the DTC.