Home Culture Anthony Burgess and his time in Monaco 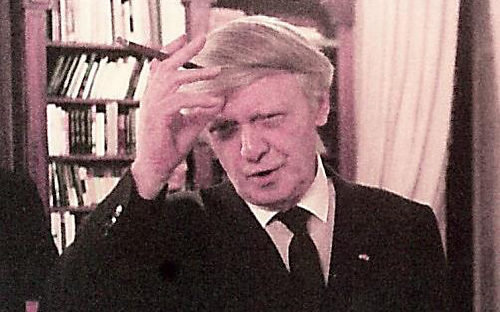 The Princess Grace Irish Library is hosting a distinguished speaker, Andrew Biswell, on Monday, February 20, who will look at the connections between the writer Anthony Burgess and the Principality.

Mr Biswell’s lecture will examine the links between the period of Anthony Burgess’s residence in Monaco and the late flowering of his literary and musical creativity. Drawing on a wealth of unpublished materials, the talk will be illustrated with photographs and music. This is the first time that the story of Burgess’s life in Monaco has been told in detail.

Anthony Burgess (1917-1993), a Founding Trustee of the Princess Grace Irish Library, moved to Monaco in 1975. Living in the top-floor apartment at 44 rue Grimaldi, he wrote many of his most famous works in the Principality, including “Earthly Powers” (1980), “A Dead Man in Deptford” (1993) and the two volumes of his autobiography, “Little Wilson and Big God” (1987) and “You’ve Had Your Time” (1990). His detailed diary of his life on the Riviera has been preserved in the archive of the International Anthony Burgess Foundation.

Best known as the author of “A Clockwork Orange”, Anthony Burgess was a prolific novelist, playwright, poet, musician and literary journalist. In total, he wrote 33 novels, 25 non-fiction books, thousands of literary essays, and more than 250 musical works.

Anthony Burgess was very active in the intellectual life of the Princess Grace Irish Library. He gave The Richard Ellmann Memorial Lecture (Joyce as Novelist) at the 12th International James Joyce Symposium organised by the Library at the Centre de Congrès Auditorium de Monaco in 1990. In addition to writing articles about Princess Grace, Mr Burgess commemorated her when he composed “In Memoriam Princess Grace”, a piece for string orchestra.

Andrew Biswell is Professor of Modern Literature at Manchester Metropolitan University and the Director of the International Anthony Burgess Foundation. He is the editor of “A Clockwork Orange: The Restored Edition” (Penguin, 2013) and the author of an award-winning biography, “The Real Life of Anthony Burgess”. In addition, he’s one of the general editors of “The Irwell Edition of the Works of Anthony Burgess”, to be published by Manchester University Press. He is currently preparing a critical edition of Burgess’s first novel, “A Vision of Battlements”, set on Gibraltar during the Second World War.

Reservations (pglib@monaco.mc) for Monday’s lecture essential due to the limited number of seats. Entry €10 per person payable at the door.

Childhood home of Princess Grace to open as museum 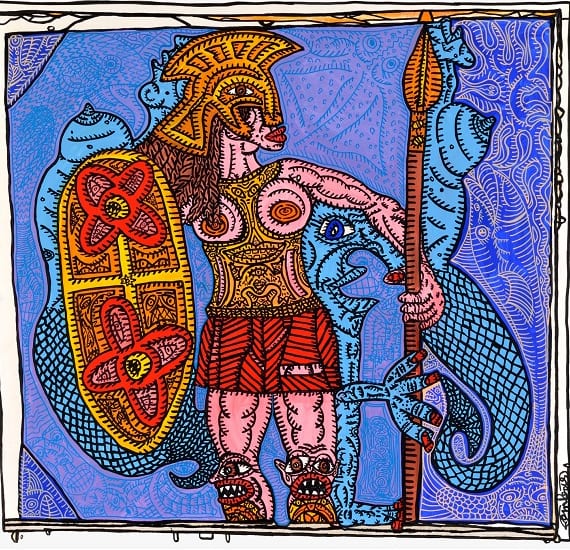 More than 100 of the most vibrant and provocative paintings of prolific French artist Robert Combas will be displayed in a thrilling exhibition in Monaco, which opens next week. The collection of Robert Combas’ art will be showcased by Laurent Strouk at the Grimaldi Forum from August 7th until September 11th. The paintings, handpicked from Combas' oeuvres d’art from the 80s and 90s, are all based on themes close to his heart: love, women, war, religion, mythology, music and genre scenes. Combas, who was born in Lyon in 1957, is regarded by many as one of the most important and prolific artists of today. He is also considered as one of the founding fathers of the artistic movement La Figuration Libre, a term coined by BEN in the beginning of the 80s. His paintings address a multitude of topics, and with each work his imagination has been allowed to run wild, without any limits. It is often easier to describe his works of art using a plethora of adjectives than actually decipher what the painting is about. They are free, colourful, grotesque, funny, sensual, violent, historic, multi-faceted, energetic, and spontaneous; but they are also much more intelligent and conceptual than they appear at first glance. Combas’ extraordinary talent was spotted in 1980 by the then director of Le Musée de Saint-Etienne, Bernard Ceysson, when he was studying for his National Diploma in Fine Arts in Saint-Etienne. Since then Combas has had expositions in Holland, Germany, Italy and New York, where he was invited to display his paintings in a gallery belonging to Italian-American contemporary art dealer Leo Castelli in 1983 and 1986. Combas also participated in two exhibitions, one in New York and the other in Paris, which challenged the work of the La Figuration Libre movement with the American artists Keith Haring, Jean Michel Basquiat and Kenny Scharf. Speaking in the early 80s, Combas claimed: “Figuration Libre is about doing what we want, as much as we can, as personally and as freely as possible." This spontaneous approach to painting has remained his way of life and of art, but in a career spanning 35 years, his work has grown and become more complex because Combas has never got to the point where he would like to stop. Laurent Strouk has been a long-term admirer of Combas’ ‘explosive creations’ and he believes the up-and-coming exhibition in Monaco will be an “explosion of joy, of colours, of energy and vitality”. Exhibition details, including opening hours, can be found at grimaldiforum.com

Culture Cassandra Tanti - April 30, 2020
A beautiful catalogue of art work accompanied by commentary is replacing this year’s artmonte-carlo event, which was due to take place at the Grimaldi Forum this week.