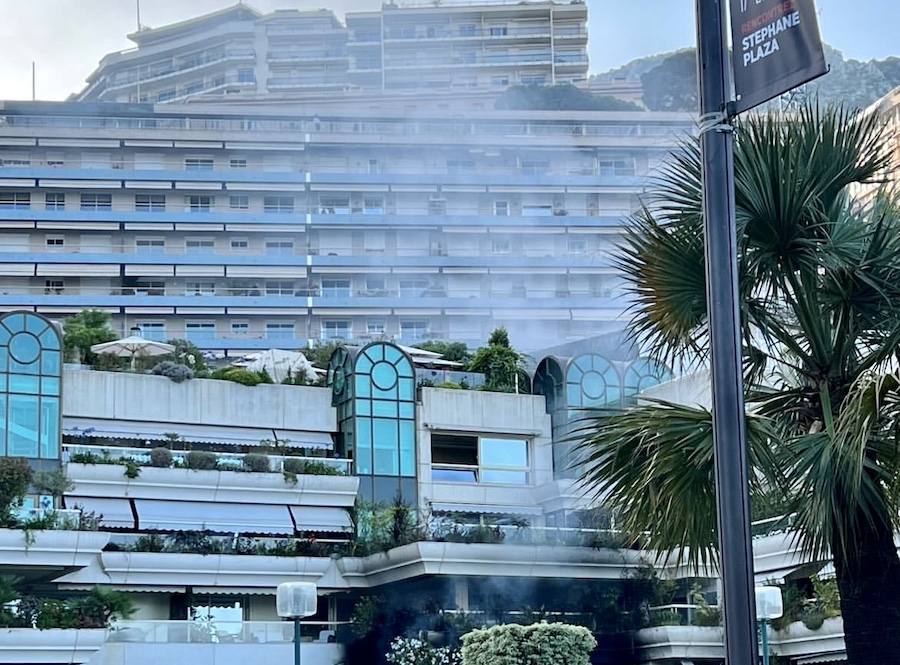 A firefighter has died after intervening in an apartment fire on Avenue Princess Grace, while 10 others, including the apartment occupants, were taken to hospital with smoke inhalation.

Thick smoke could be seen billowing from the scene at around 1pm on Sunday 19th June.

In a statement released by the government Sunday evening, it was confirmed that a 52-year-old senior firefighter had died while trying to fight the blaze, an officer with more than 26 years of service.

The victim, Seargeant Thiery Perard, leaves behind a wife and 21-year-old daughter.

It took 65 firefighters and more than 15 emergency vehicles to battle the blaze, which took hold of a 400sqm apartment. According to reports, another firefighter was slightly injured and at least seven other people were hospitalised for smoke inhalation. The two occupants of the apartment were also reportedly transported to the CHPG.

An investigation has been opened into the cause of the blaze.