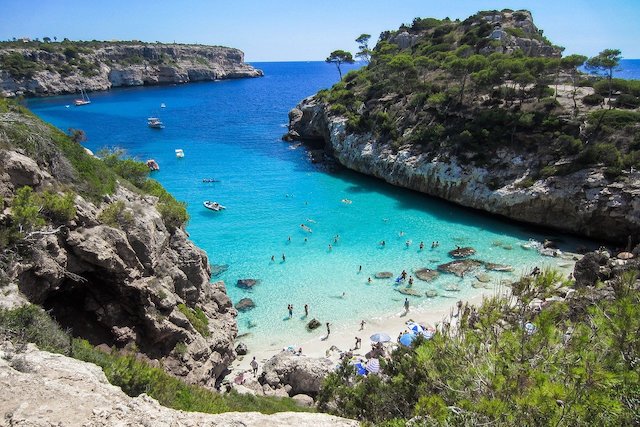 The Be Med Task Force, a shortening of ‘Beyond Plastic Med’, was established in 2015 to “support and promote the networking of Mediterranean actors committed against plastic pollution, to implement efficient and sustainable solutions, and to contribute to the search for new alternatives, whilst encouraging the sharing of good practices.”

They have supported small scale regional projects, especially in tourist hotspots around the Med where plastic pollution is most concentrated, to achieve their goals and have passed information on to other places to attempt to replicate successes seen elsewhere.

To this end, the association has decided to take their work one step further by encouraging support and ideas from outside the organisation for larger-scale projects than are usually implemented.

BeMed is looking for projects that will run for a duration of 24 months maximum starting October 2020. Those eligible must be public or private people or groups that have a legal status allowing them to receive grants of up to €100,000.

The type of endeavours that will be considered must be part of a project that is already in progress or that complements a proven or completed project emanating from any Mediterranean country with a concern for the region’s islands.

BeMed supports many field work missions, with 38 ‘micro-initiatives’ having already been supported around the Mediterranean basin. This year will see 16 new projects in 11 countries which will expand their reach.

The new programmes are diverse but all are relevant to the organisation’s main goals and include such interesting proposals as encouraging fishermen on the Nile to collect plastic waste before it makes its way to the sea in Egypt; building a low-tech recycling centre to manufacture things from plastics found on Elba; workshops, educational programs and public awareness campaigns in Malta, Libya and Lebanon; and many more.

Project bids will be accepted until Sunday 21st June. More information can be found on the BeMed website at www.beyondplasticmed.org

BeMed was created by the Prince Albert II of Monaco Foundation, Surfrider Foundation Europe, the Tara Expeditions Foundation, the MAVA Foundation and the IUCN.