Apr 10 – 15 – Exhibition titled “Maria by Callas”, based on an original idea by Tom Volf

Exhibition titled “Maria by Callas”, based on an original idea by Tom Volf

10 Things to See at Top Marques 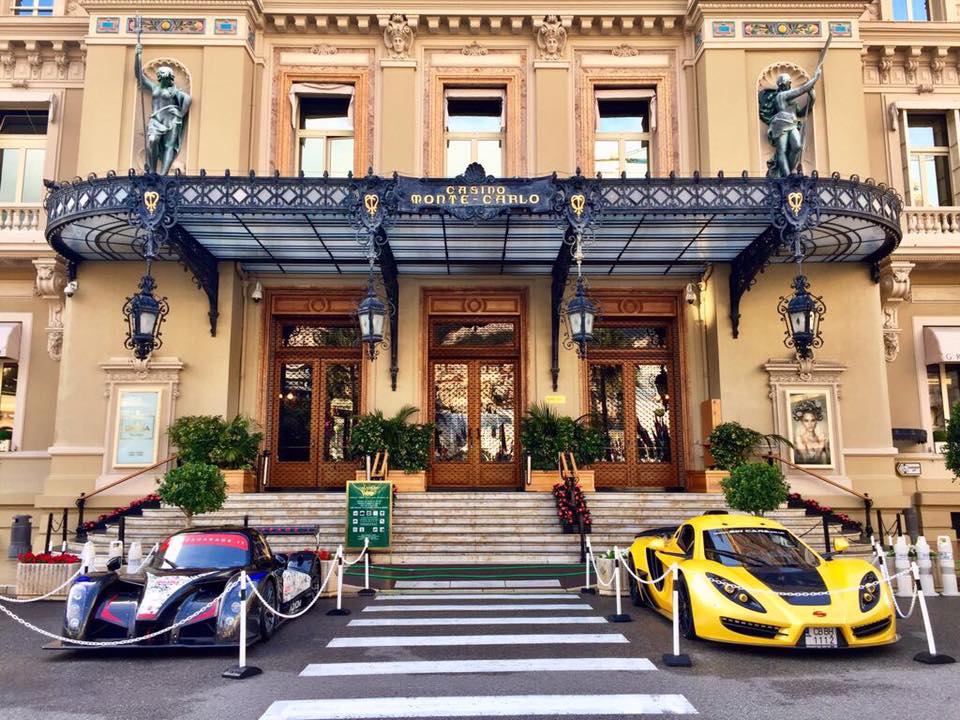 Photo: Facebook Top Marques Monaco[/caption] Top Marques Monaco, the world’s only live auto show where VIP visitors can trial the latest supercars on a F1 track, opens Thursday with a stunning line up of world premieres. Never-seen-before supercars, revolutionary flying cars, new takes on old classics – and a Bentley Azure covered in 2 million gems, are amongst the vehicles to be unveiled for the very first time at the 14th edition of the Monaco auto show, which starts Thursday and runs until Sunday at the Grimaldi Forum. In total there will be seven world premieres at the luxury show, including supercars from England, Italy and Holland, as well as a brand new superboat on view outside the venue on the Esplanade. A further 25 supercars will be lined up in the Pit Lanes outside the Grimaldi Forum. These state-of-the-art vehicles will be available for test drive on a closed section of the Formula 1 GP circuit by potential clients hoping to “See It, Drive It, Buy It!” A head-to-head race between one of the world’s fastest superdrones and a supercar is also planned for the weekend, taking place on part of the famous F1 circuit which includes iconic chicanes such as the Rascasse and Tabac. Top Marques, now considered the Principality’s third most popular event attracting visitors from a far afield as Korea, Argentina and Iceland, will also showcase exclusive handpicked watches, and jewellery as well as the latest luxury must-haves. The show is being organised in association with the private bank the Edmond de Rothschild group for the fifth consecutive year, with other sponsors including Dotta Immobilier, Burgess superyachts, Silversea, Groupo Meregalli, La Societe de Bains des Mers and Monaco's Department of Tourism and Congress. A record-breaking number of tickets have already been sold for the show, billed the “ultimate luxury car show” by Bloomberg TV, with advance tickets sales more than doubling figures for last year.

#1. SINCAR For the third year running, fans of Top Marques will be able to get a sneak preview of some of the vehicles being exhibited at the show before it even opens thanks to a partnership with the Casino de Monte-Carlo. The Sin R1 550 and the Radical RXC 500R will be on display outside the world-famous Casino de Monte-Carlo for ten days from Good Friday, April 14th. #2. BOULLE Visitors to Top Marques will be dazzled this year by two million diamond gems sparkling through the shiny surface of a Classic Bentley Azure displayed on the Esplanade outside the Grimaldi Forum. One of the world’s most luxurious cars just got infinitely more extravagant in this world premiere by diamond specialists Jean Boulle Luxury Group, which applied its patent pending diamond finish to the classic gentleman’s automobile. The Group also plans to launch an aviation grade diamond finishing for private jets and a marine grade diamond coating for superyachts later this year. #3. DENDROBIUM With a top speed of 400 km/h, it is faster than the McLaren F1 (388 km/h) and the Koenigsegg CCR 4 (390 km/h) but what makes the extraordinary looking Dendrobium’s credentials even more impressive is that it is all electric. Although you won’t be able to see Vanda Electrics’ supercar on the streets of Monaco (it’s a concept car), you will be able to see the automatic doors and roof of the car flare up and down in a synchronised manner, helping to make the driver’s entry and exit more elegant. The supercar from Singapore is named after the exotic Dendrobium orchid. #4. AEROMOBIL In 2015 Top Marques launched the AeroMobil, the first prototype of a flying car. We are extremely proud that the engineers behind this incredible innovation has chosen our 14th edition to unveil its new model, pictured here for the first time. AeroMobil is a completely integrated aircraft as well as a fully functioning four-wheeled car, powered by hybrid propulsion. By combining aero and car functionality in perfect harmony it heralds a new era in efficient and exciting travel, offering users an unparalleled choice of transport on the road or in the air. [caption id="attachment_15365" align="alignnone" width="638"] 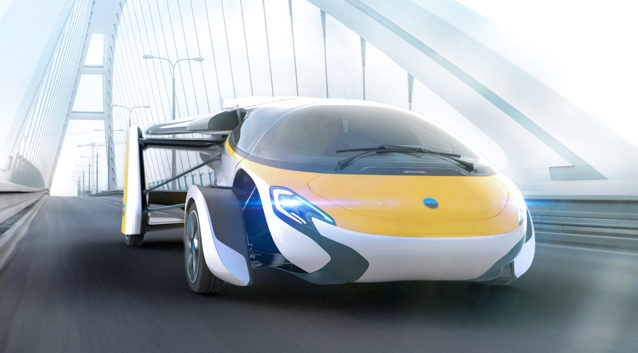 Photo: AeroMobil[/caption] #5. TEST DRIVES Top Marques’ USP is its test drives on a closed circuit on the Formula 1 circuit, making it the only live supercar show in the world. Test drives take place on the “Swimming Pool” portion of the legendary Monaco Grand Prix and cars this year include the Mini Remastered by David Brown Automotive, a remake of the iconic British car for the 21st century. The “Inspired by Monte-Carlo” model will be seen in Monaco for the first time ever. #6. PAL-V Not content in bringing you one flying car – this year, there will be two flying vehicles at Top Marques, with Dutch company PAL-V exhibiting a scale model of the first commercial flying car in the world. Sales of the PAL-V Liberty, a three-wheel gyrocopter, which features a unique Rotax engine-based dual-propulsion drivetrain, began earlier this year. Visitors to the stand will be able to see one vehicle in flight mode and another in drive mode, with the possibility to fly the PAL-V Liberty on specially designed simulator. #7. SILVERSEA Step inside our specially designed Silver Muse luxury suite and imagine yourself on board the world’s newest and most opulent cruise liner, being launched by Silversea in Monaco on the eve of Top Marques. Lie back on the sumptuous designer bed, made with the very finest Italian bed linen, use the oculus to sample life on board through the poser of virtual reality and enjoy the unforgettable experience of cruising some of the most spectacular seas on the planet. [caption id="attachment_15496" align="alignnone" width="670"] 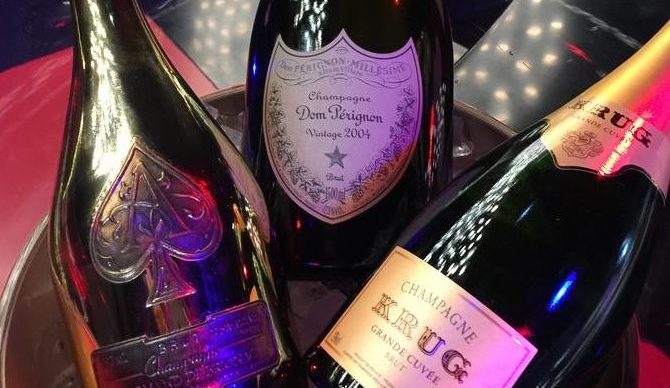 Photo: Facebook Top Marques Monaco[/caption] #8. TOP MARQUES MONACO CHAMPAGNE BAR Once you have experienced the lavish lifestyle on board Silver Muse, courtesy of the “Pop-up Luxury Suite”, we imagine your taste buds will be crying out for a coupe of champagne. So why not visit the Top Marques Monaco Champagne Bar, where you will be able to treat you and your friends to the finest champagne provided by our sponsor Lanson? Snacks and soft drinks will also be on sale at this intimate bar where you can relax and take stock. #9. SEBASTIAN BARRAU Paris, the City of Lights, has been transformed into a “City of Titanium” in this incredible luxury furnishing for the man who has everything. We thoroughly recommend that you stop by Stand 41 in Luxury Lane to check out (and order, if you are feeling flush) the “Story of Paris Meridian” a bespoke desk made entirely out of titanium, for sale for a cool €250,000. #10. PAUL DAY Paul Day’s iconic statute of two lovers embracing at St Pancras station was recently named as one of London’s top ten masterpieces. Meanwhile his memorial sculpture dedicated to soldiers in the Afghanistan and Iraqi wars was unveiled last month in London by Queen Elizabeth II. Visitors to Top Marques are hugely privileged to be able to meet the highly skilled artist and see his work first hand on Stand 27, in Luxury Lane.

Naâman. Photo: Emma Birsk[/caption] June 21 will once again be the occasion, as every year, to celebrate music in the Principality. The highlight of the event will be a large free concert on the Port of Monaco from 9 pm with a young artist from the French reggae scene, Naâman. In three albums, the young singer has appropriated the essence of Jamaican music and added a touch of modernity that has established him as one of the French leaders of the genre. His successive tours made him known in France and Europe on stage at the biggest reggae festivals – including the 2015 Francofolies – and also internationally with concerts all over the world, from Canada to China, through Jamaica, India, and Lebanon. Opening the free concert will be Scars, who will welcome the public to this warm and colourful evening in Port Hercules.