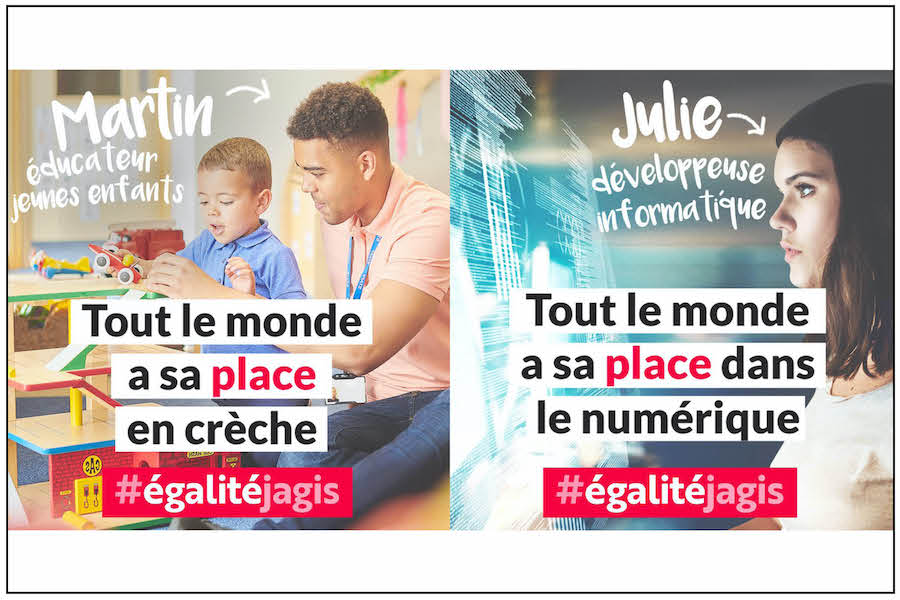 The Committee for the Promotion and Protection of Women’s Rights is spending the month of April getting the word out about gender equality in the professional world. Their new campaign features posters displaying both women and men in non-traditional work environments, such as a woman working in construction and a man working in an early childhood development centre, with the slogan “Everyone has their place” emblazoned on it.

The point is to remind the public that no one is limited by their gender from doing a job they love. The committee also hopes to “deconstruct clichés to raise awareness that there are still inequalities in professions”, but that attitudes can and are being changed through education.

To this end, Monaco is teaching kindergarten aged children, both boys and girls, how to code.

The campaign used statistics from IMSEE, the nation’s statistics provider, which showed that 25% of women worked in the male-heavy communications and information sectors, and only 9% were employed in construction jobs.

In traditionally female occupations such as administration, education and health, and social action sectors, 29% of those workers were men.

The Committee for the Promotion and Protection of Women’s Rights fights against discrimination of any kind in the workplace, including sexual discrimination in the form of women receiving less pay for equal work, being overlooked for promotions, as well as sexual harassment whereby a woman feels her dignity or rights have been violated by another in the work environment.

Its main role is to implement, monitor and asses national measures and policies which promote gender equality and prevent violence and discrimination against women.