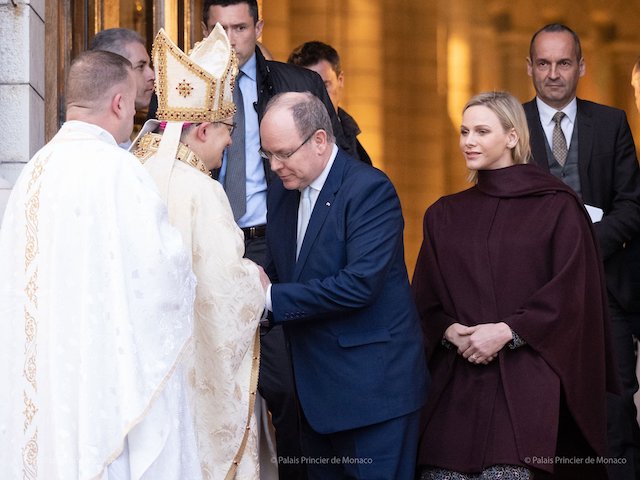 Prince Albert and Princess Charlene of Monaco have welcomed the Principality’s new Archbishop during an official ordination on Sunday at the Cathedral of Monaco.

Appointed Archbishop of Monaco on 21st January by His Holiness Pope Francis, Archbishop Dominique-Marie David was ordained in a special ceremony attended by around 20 bishops, more than 60 priests, many faithful followers of the church and members of Monaco’s institutions, as well as the Princely couple. 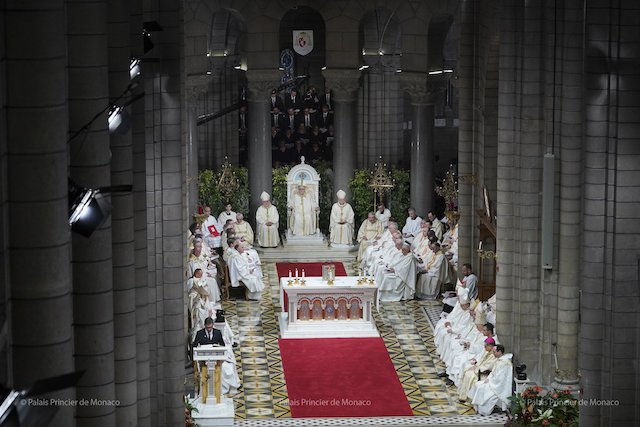 Performances were given by the Philharmonic Orchestra and the organists of the Cathedral, as well as the Maîtrise de la Cathédrale and the Little Singers of Monaco.

A number of traditions marked the consecration, including the reading of the papal bull officialising the appointment of Bishop David, the laying of hands by all the bishops present, the prayer of ordination, the anointing, the presentation of the evangelist and the insignia of the bishop. 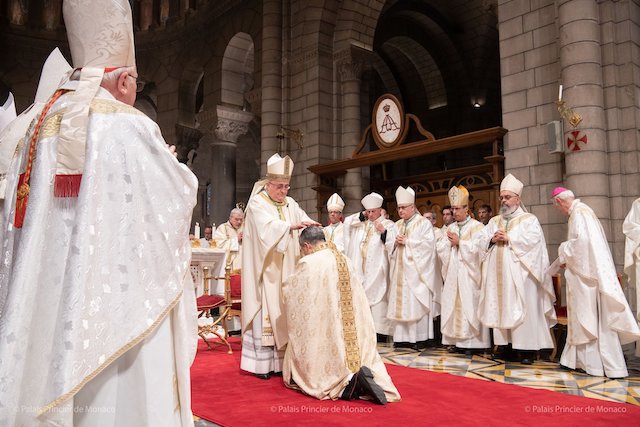 Ahead of the mass, HSHs Prince Albert and Princess Charlene welcomed the new Archbishop at the gates of the Cathedral, as tradition dictates.

The episcopal ordination was followed by a lunch at the Prince’s Palace hosted by the Princely couple. 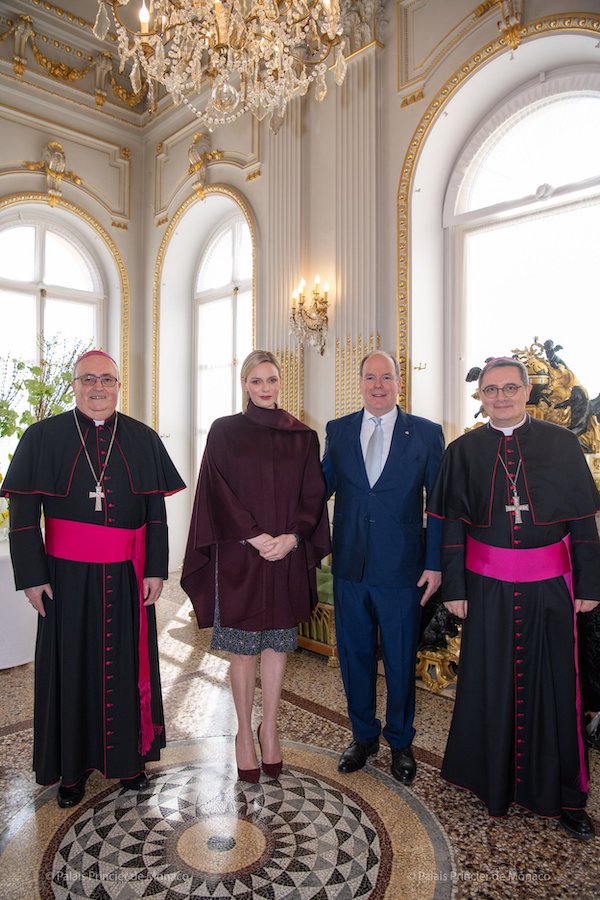 According to a statement by the Prince’s Government, Archbishop David wishes to place the family, young people and education at the centre of his missions. Amongst aspects he wants to explore are how baptised Christians can find their place as witnesses of Christ in today’s society in collaboration with priests, teaching people to respect individual experiences, and to pay attention to other’s ideas and choices in “this increasingly individualistic world”. 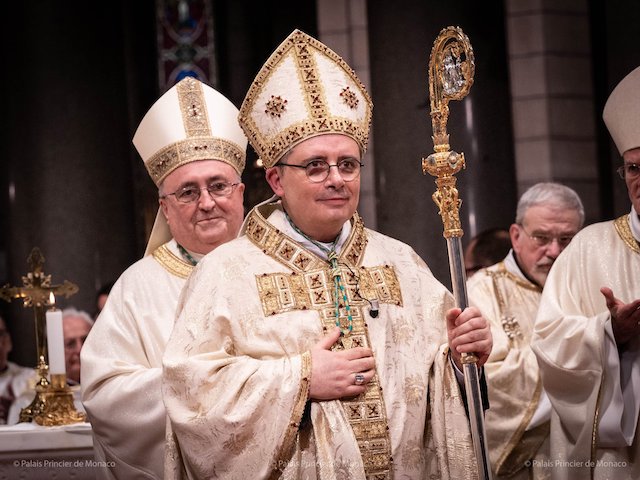 Archbishop David has taken over from Bernard Barsi as Archbishop of Monaco.