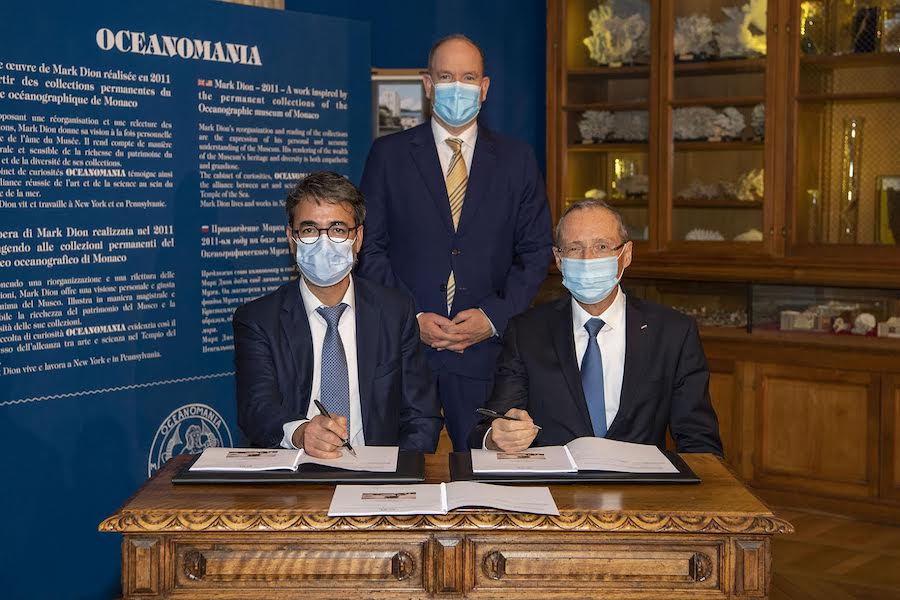 Famed polar explorer Jean Malaurie has donated a large part of his collection, amassed over 70 years, to the Oceanographic Institute where it will be part of a featured exhibit in spring of next year.

Jean Malaurie has been a celebrated polar explorer, writer, geographer and cultural anthropologist for seven decades. His accomplishments are many, including being the first person, along with his Inuit companion Kutsikitsoq, to reach the North Geomagnetic Pole on 29th May 1951.

His illustrious career saw him become director of studies at the School for Advanced Studies in Social Sciences (EHESS) and director and founder of the Terre Humaine collection, which features 1955’s Last Kings of Thule, translated into 23 languages. It is still today the world’s most widely distributed work on the Inuit people. Additionally, he is a UNECSO Goodwill Ambassador for Arctic issues.

Now, much of his collection, including archives and personal effects, has been ceded to the Oceanographic Institute of Monaco. These pieces will form the backbone of an upcoming exhibition, “Polar Mission”, which will open in spring 2022. The exhibit will also celebrate the explorer’s upcoming 100th birthday next year.

The bequest was first touched upon during a visit between Malaurie and Prince Albert II in 2019, where the explorer mentioned his wish to donate his collection to the Principality. Prince Albert suggested the Institute as a possible recipient and the matter was all but settled.

The deed of the gift was finally sealed on 19th November of this year in Dieppe where the researcher-explorer and the museum, represented by Chairman of the Board of Directors, Professor Philippe Taquet, signed an agreement.

The collection consists of almost 500 personal objects, 200 hours of recordings, and nearly 5,000 photos. Also included is Sir Wally Herbert’s sleigh, which he used when he became the first to reach the geographic North Pole, that he gifted to Malaurie.

“On this solemn day of the donation of my Arctic collections to the Oceanographic Institute, which will be scientifically supported by the Jean Malaurie Monaco-UVSQ Arctic Research Institute, I have the great honour to celebrate this body of international Arctic union in close alliance with the indigenous peoples of Siberia, Lapland, Greenland, Nunavik, Nunavut and Alaska. Respect for them and the nature that transcends them,” said Jean Malaurie.

In order to enhance this heritage, a tripartite agreement was signed on 26th November at the Oceanographic Museum of Monaco between Jean Malaurie, the University of Versailles Saint-Quentin-en Yvelines (UVSQ), and represented by its president Alain Bui, and the Oceanographic Institute, represented by its director general Robert Calcagno, in the presence of Prince Albert II.

“It is a source of pride that UVSQ is associated with the donation of the collections of Professor Jean Malaurie to the Oceanographic Institute of Monaco. Engaged for many years in the development of arctic studies, the UVSQ will play, through the Jean Malaurie Arctic Research Institute (IRAM) directed by Professor Jan Borm, the scientific promotion of these collections and the animation of research around the world-renowned work of Professor Malaurie,” said Alain Bui.

Part of the newly acquired collection will be shown for the first time in the ‘Polar Mission’ exhibition at the Oceanographic Museum starting 4th June. There will be five themed spaces making up the tour and will allow visitors to step inside the icy world of the Inuit to get a snapshot of their daily lives. Items such as tools for fishing or hunting, clothing, oil lamps and skinning knives will be on display.

“The research made discover in these people a thought and a philosophy, in particular in Greenland, then in Lapland, finally in North Siberia. Canadian organizations have expressed their willingness to join in this vibrant cooperation to which the Principality of Monaco will lend its prestige. Our thanks to Prince Albert II. We must protect the future of the Earth. In the Arctic, in particular, principles of ecology, even spirituality, are due to thisa high place first consecrated by Apollonian wills. Honour to the Oceanographic Institute and the University of Versailles Saint-Quentin-en-Yvelines (UVSQ) who, through this institute, give their perception of the urgency of protecting the Earth’s balance, threatened in particular by its accelerated warming,” concluded Malaurie in his closing speech.

Professor Philippe Taquet, Chairman of the Board of Directors of the Oceanographic Institute closed by saying, “We are delighted with this donation which enriches the collections of the Oceanographic Institute. We admire Professor Jean Malaurie, a great explorer of the Poles and a keen connoisseur of the peoples of the Arctic. This theme, which is dear to us, will be at the heart of our programming in 2022. Through the use of part of these collections, we will be able to make visitors to the Oceanographic Museum discover in a more meaningful way the peoples of the Arctic and the importance of this region, which is at the forefront of global warming.”

Culture Cassandra Tanti - April 26, 2021
Monaco has been elected to the Board of Directors of UN Women, the United Nations entity dedicated to gender equality and the empowerment of women.