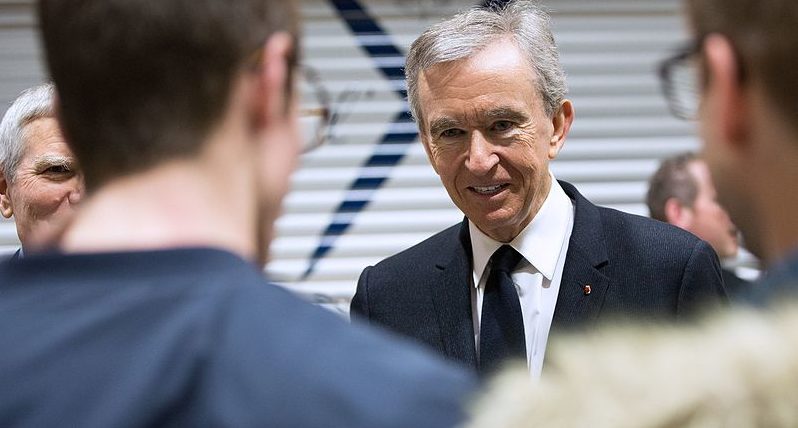 Bernard Arnault has offered to buy the 26 percent of Christian Dior that he and his family don’t already own for about €12.1 billion. His aim is to merge Christian Dior’s couture operation into the LVMH luxury goods empire, he said.

The Arnault family is prepared offer a mix of cash and Hermes International stock that values Paris-based Dior at €260 a share, a bid that is 15 percent above the stock price at the end of business on Monday, April 24.

The Arnault family owns about 47 percent of LVMH, whose full name is LVMH Moet Hennessy Louis Vuitton. Arnault said that the offer “illustrate the commitment of my family group and emphasises its confidence in the long-term perspectives of LVMH and its brands”.

Dior investors also can choose all cash or all Hermes stock in the deal.

Photo: Facebook Mairie de Monaco[/caption] The Christmas Village opens its doors to the public on Wednesday, December 6, plunging the Principality a little more into the magic of Christmas. For this 18th edition, which runs until Sunday, January 7, 2018, on the Port of Monaco, the Christmas Village invites visitors to discover the "Workshops of Santa Claus,” the theme chosen by the Communal Council and the Town Hall’s Entertainments Service. Young and old can discover scenes depicting the workshops of Santa Claus – a reindeer barn, gift wrapping, carpentry, books, games, confectionery, dolls, bicycles – all to be found in the heart of the Village. In addition, the fair includes the traditional Ferris wheel (at La Rascasse), the inevitable carousel, a large Christmas tree and a giant snow globe – and a real forest composed of 456 natural spruces.

The skating rink also opens on December 6, and will be open until March 11. People with reduced mobility will be able to join the fun this year through the provision of an eisgleiter (double runner), a platform equipped with skates on which a wheelchair can be installed. Many events are planned on the ice throughout the winter, starting with an aperitif-concert on December 21 from 7 pm to 11 pm with the Outremer Group. Patin'air Troupe are putting on a free ice show "Christmas Follies on Ice” on Saturday, December 23 at 5:30 pm, and the Monaco Skating Championship will take place on Saturday, February 24, 2018. Plus, there will be the now-traditional sessions of electric radio controlled cars for model-making fans from December to March. But the big novelty of the winter at the open skating rink is the installation of a free fall simulator providing thrills and a real feeling of freedom without the risks associated with the practice of this extreme sport. This has been a project inspired and planned by middle school students. Visitors are asked to carry lightweight bags to simplify security checks at the entrance and note that the bridge over Boulevard Albert I is not accessible to the public.