Artcurial, the Paris-based auction house, is again expanding its presence in Monaco, this time with a biannual auction of prestigious cars.

The first Artcurial Motorcars will take place on July 2, with more than 100 vehicles going under the hammer at the Grimaldi Forum. The event will alternate with the Le Mans Classic.

Artcurial currently holds auctions in the Principality in January and July, centred on jewellery and watches.

However, this will not be the first time Artcurial is involved in selling top-end cars in Monaco. In 2012, the auction house sold a number of vehicles from the Prince’s collection, and then in 2014 sold two cars that previously belonged to Maria Callas, among others, at a sale at the Hermitage.

Among the cars being offered this July will be a Ferrari F355 that once belonged to Jean-Paul Belmondo and a Porsche RSR that was previously owned by Johnny Halliday. The catalogue will be available by the end of May.

While Paris remains the centre of Artcurial’s focus, the sale in Monaco is an attempt to capture a new market, the company says.

‘One of the most carefully-prepared racing cars’ to auction 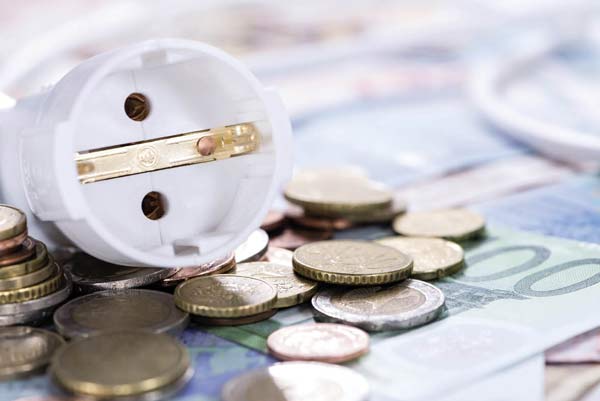 French electricity supplier EDF has double-debited the bank accounts of one million customers this week, blaming the error on an IT problem. The company has promised to refund the money within 48 hours, adding that it so far is not aware of the nature of the bug that caused the double billing on Monday and Tuesday this week. Customers have been advised to look for an email from EDF informing them of the problem. READ ALSO: New rule fuels “work time” debate READ ALSO: France tinkers with minimum wage, and other changes from January 1

Photo: AeroMobil[/caption] AeroMobil, an advanced engineering company that is commercialising a sophisticated flying supercar, will be launching its new model of the AeroMobil Flying Car at Top Marques Monaco on Thursday, April 20. The flying car was designed by Štefan Klein and was first flown in 2013. The AeroMobil is a completely integrated aircraft as well as a fully functioning four-wheeled car, powered by hybrid propulsion. By combining aero and car functionality in perfect harmony it heralds a new era in efficient and exciting travel, offering users an unparalleled choice of transport on the road or in the air, its makers say. The new model of AeroMobil will be the company’s first commercially available vehicle featuring hundreds of improvements, both in design and in engineering, compared to the prototype unveiled two and half years ago in Vienna, Austria. The team behind the newest AeroMobil, led by Juraj Vaculik, CEO and Douglas MacAndrew, CTO, built the vehicle in compliance with the existing regulatory frameworks for both cars and airplanes. The Bratislava, Slovakia, based company will be exhibiting at Top Marques Monaco, looking for its first potential customers and also future investors. Top Marques Monaco, the world’s most exclusive supercar show, opens on April 20 and runs until April 23.