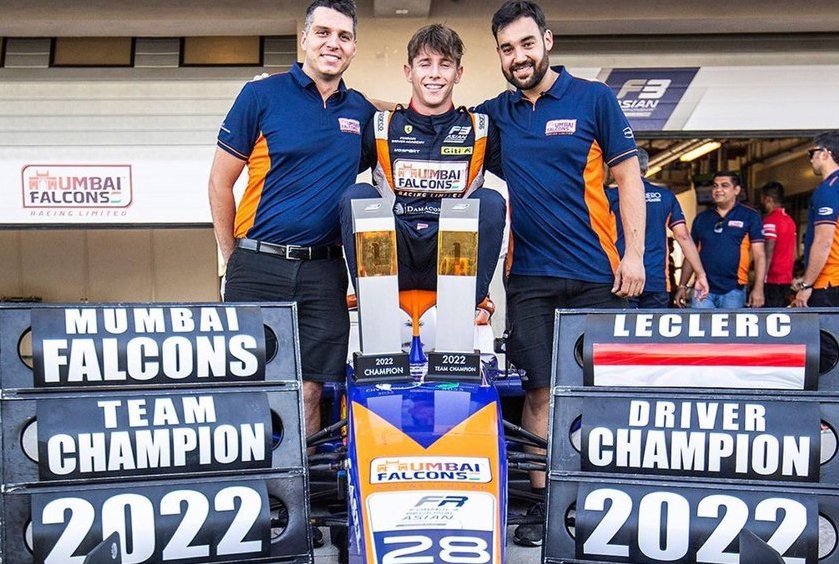 After five weeks of hard racing, Ferrari Academy driver Arthur Leclerc sealed the title on Saturday, his four victories for Mumbai Falcons in the series mathematically securing the victory with two races to spare.

Supplementing his four victories were a further five podiums, allowing him to comfortably take the title, finishing 60 points ahead of his closest rival, Pepe Marti. The Yas Marina Circuit, which is best known for hosting the F1 season finale, was the scene of the final instalment of this year’s competition, rounding off the championship in perfect symmetry after it had also hosted the season opener.

Although a two-day event, the championship was ended as a contest on Saturday, the Monegasque driver finishing comfortably ahead of the rest of the pack to take the chequered flag.

The FRAC title is a major psychological boost to Leclerc, who is looking to follow in the footsteps of his brother Charles in making the step-up to F1. This year he will once again compete in F3 with Prema, where he will be racing for the second consecutive year.

Whilst the 18th March is a date fixed in the minds of motorsport fans globally, that being the day that F1 action finally returns, it also marks the beginning of Leclerc’s quest for F3 glory. Starting in Bahrain, the remaining eight races will all take place on classic European circuits.

Having settled at Prema last year, the 21-year-old will now be gunning for the F3 title, with the dream of racing in F1 a distant, albeit realistic dream.