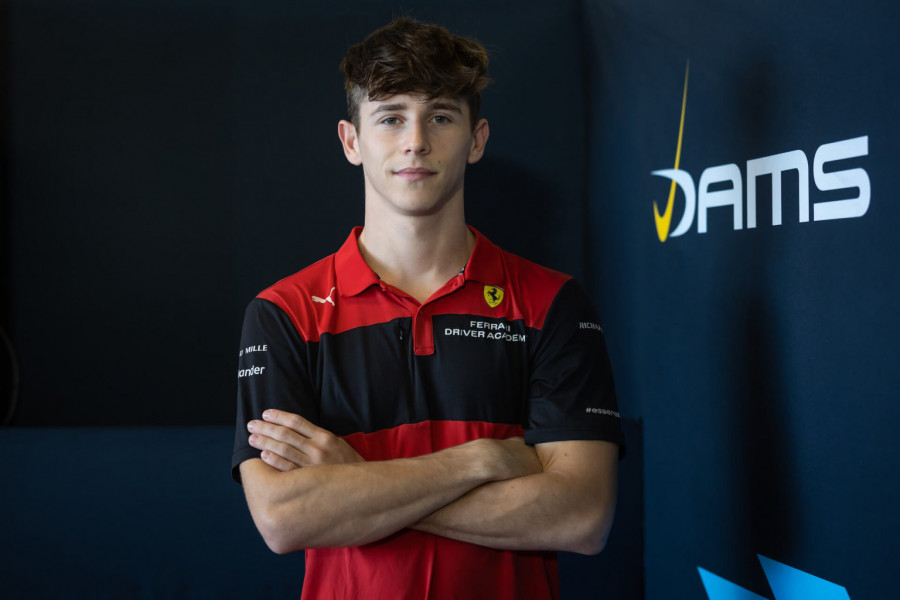 Formula 2 side DAMS have announced that Arthur Leclerc, younger brother of Charles, will race for the team in the upcoming season, following last season’s sixth-placed finish in Formula 3.

A member of the Ferrari Driver Academy, Leclerc is rising through the ranks. Racing for Prema in 2022, the 22-year-old Monegasque secured a sixth-placed finish in the drivers’ standings in his second year in Formula 3, which is enough for him to make the move to Formula 2 next season.

Speaking in a DAMS press release, Leclerc reacted to his signing: “I’m delighted to be making the step up to Formula 2 with DAMS in 2023. They’re a very successful team that have achieved great results in the championship, and I hope I can be a part of that and continue the team’s success.”

The team’s owner, Charles Pic, added, “It’s great to have Arthur join DAMS for 2023. We’ve seen his talent and skill throughout his career so far and he’s shown in the last two years in F3 that he’s capable of challenging for victories. The team is aiming for a strong campaign in 2023 and we’ve no doubt that the addition of Arthur will help us towards our goals.”

Leclerc is taking part in end-of-season testing with DAMS at the Yas Marina circuit in Abu Dhabi (23rd to 25th November) before making his Formula 2 debut in Bahrain in March, in what is the first of 14 races on the calendar.