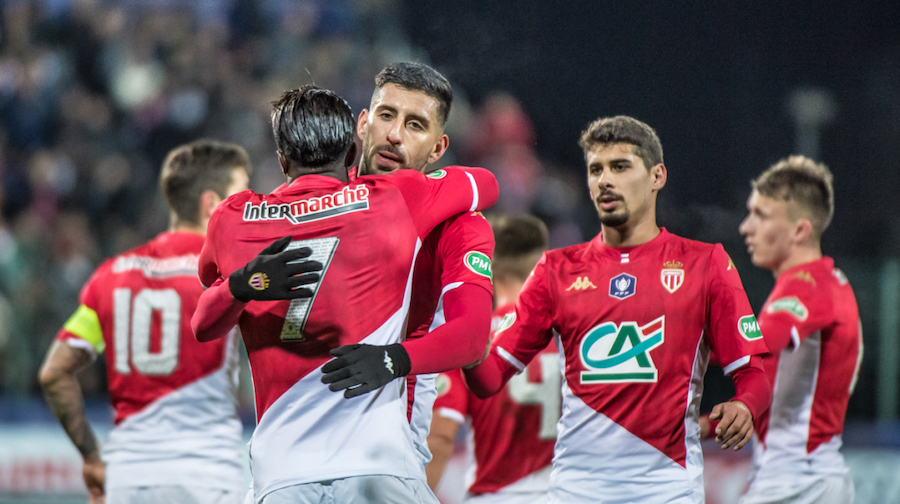 AS Monaco has stealthily made their way into the knockout stages of the Coupe de France after their decisive 3-1 win against Saint Pryvé-Saint Hilaire in Orleans on Monday night.
AS Monaco have truly been the comeback kids this season. With a determination and focus no one can deny, they have gone from nearly bottom of the barrel to 9th in Ligue 1 and have earned their place in the playoff rounds of the Coupe de France.
Their game earlier this week against Saint Pryvé-Saint Hilaire was evidence they deserve to be there. Eleven minutes into play, Senegalese international Keita Baldé put the ball just out of the keeper’s reach, scoring the first goal of the night.
After a defensive onslaught by Saint Pryvé-Saint Hilaire, Wissam Ben Yedder found Baldé once more just before the half hour mark, sneaking a magnificent goal in past Charles-Henry Chatelin, making it 2-0 for the Red and Whites.
Ben Yedder himself took control with 36 minutes on the clock, widening the lead to 3-0, scoring his first goal of the Coupe de France this season.
Saint Pryvé-Saint Hilaire were no quitters, though, and kept the pressure up.
In the second half, Jean-Kévin Augustin nearly made it 4-0 around the one hour mark, but the shot was wide and bounced off the poles. It was finally in the 82nd minute that the men from Orleans were able to put one through. A fantastic play by Carnejy Antoine off a deflected ball by Quentin Moutiapoulle gave them their first and only goal of the night.
AS Monaco’s next game is 25th January in a Ligue 1 battle at Stade Louis II against Alsace.