AS Monaco back on track

AS Monaco back on track 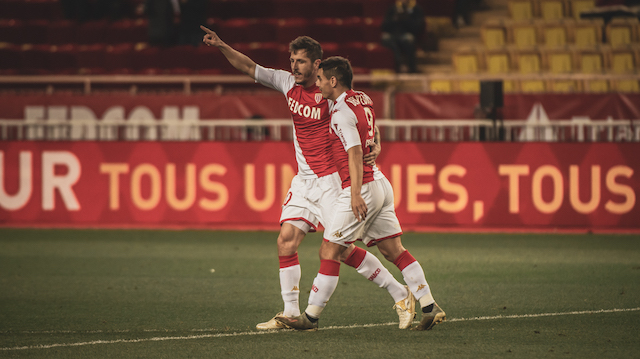 AS Monaco is finding their way again, securing a brilliant victory over Angers Tuesday night at home at Stade Louis II.

At the start of the match, there was only one point separating 13th place AS Monaco from 12th place Angers as the last time the two teams met they ended in a draw. Clearly, a game between two such evenly matched teams was going to be close, but AS Monaco, with the energy of the home team advantage, came out strong.

The first quarter of play saw a lot of back and forth, including two free kicks, one by each side in the first two minutes of play. About 11 minutes in the first attempt on goal was made by Anger’s Rachid Alioui, assisted by Sada Thioub, but was knocked back. Only a minute later, AS Monaco made their first attempt with a left footer by Stevan Jovetic, which was also batted away.

Just after the quarter hour mark, Youssouf Fofana, who is certainly proving his worth, right footed a shot from outside the box, but it was saved in the bottom left in the end.

Fast forward a minute and Fofana, who wasn’t going to let up, made a long pass to Stevan Jovetic, who offered up a surprise header that went between the posts, giving the Red and Whites the opening goal of the game.

It wasn’t until the 45 minute mark that there was another attempt on goal, this time by Angers’ Capelle, though Lecomte was on the case, making the save with ease.

In the second half, after a big foul on Fofana, Coach Moreno took Cesc Fabregas out, replacing him with Monaco’s new midfielder Aurélien Tchouaméni for his debut with the club. Angers’ didn’t let up and had a couple more good shots on goal, notably by Capelle and Santamaria, whose shot passed a few centimetres from the right post.

In the 84th, the pressure was starting to show, and Pavlovic committed a massive foul on Ben Yedder, barely escaping being tossed off the field. The game ended quietly enough with a solid and decisive 1-0 win for Monaco, taking them from 13th to 9th in the blink of an eye.

Let’s see if the momentum continues when Monaco goes on the road to face Amiens at the Stade Licorne on Saturday.