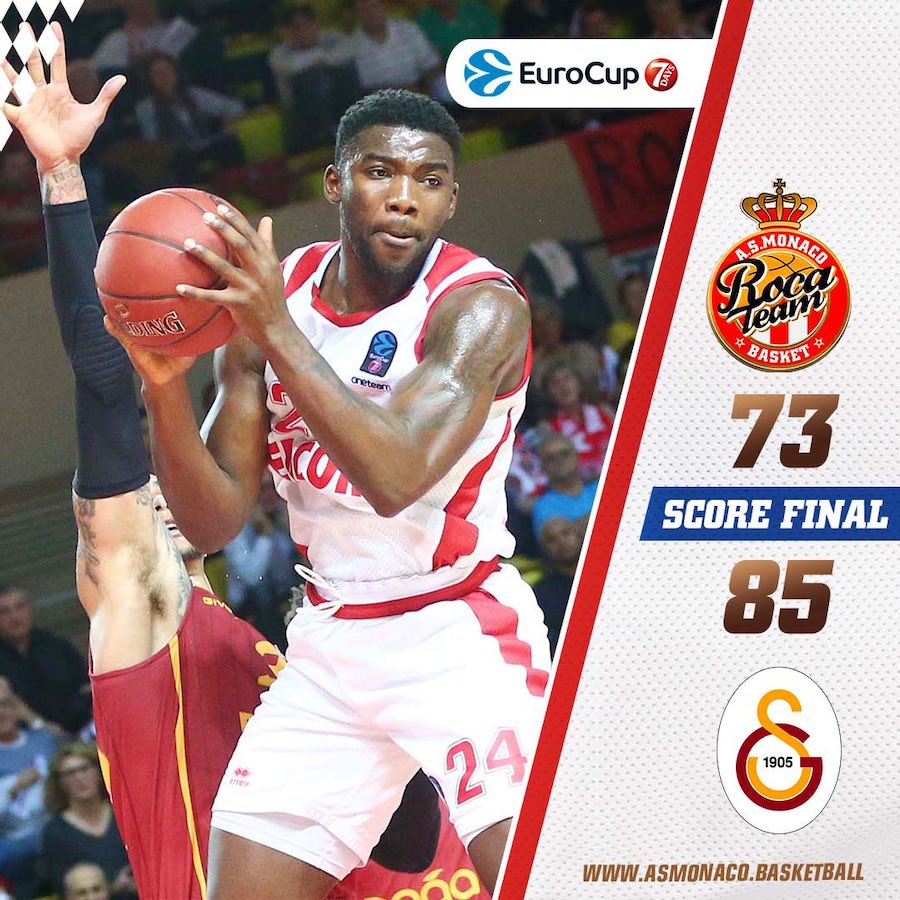 After an exciting first half, the Roca Team fell apart in the second against Galatasaray, losing at Gaston Medecin 73-85 on Wednesday.
The Turks dominated the game leaving Monaco a bit shell shocked and perhaps a bit humbled after a rare defeat suffered by the team. This unfortunate start to the EuroCup Top 16 may be a wake up call for the usually unstoppable Roca Team. It is also far from meaning they are out of the running.
The game began well enough, with Norris Cole scoring a whopping eight points in the first quarter. Zach Auguste, Galatasaray’s superstar, was on brilliant form, scoring 10 points in the first half with seven rebounds.
The two teams were neck and neck most of the first half, trading the lead and staying in close proximity points-wise. At the half-time break, the score was almost even at 39-38.
This is when things went wrong. Having made a few rookie mistakes in the first half, Roca Team just couldńt get their mojo for the second. Despite gallant efforts by Yak Ouattara and Norris Cole, the team simply wasn’t gelling, whilst the Turkish team was on fire.
At one point Galatasasray had a massive 22 point lead, but with the fans, including Prince Albert II, cheering them on, they closed the gap, though were unable to retake the advantage. In the end, the score reflected the play and the Turks walked away victorious winning 73-85.
Coach Sasa Obradovic was disappointed and conceded that the Turkish team dominated and deserved the win.
“It’s just one match,” he said after the game, “I hope it will serve us. We have failed mentally and in play, we have forgotten the principles that make us strong. You have to be able to show something else.”
Eric Buckner, equally crushed, went on to say, “We lost by forgetting what makes our attitude… defense and rebounds. It’s a big disappointment. We will have to react as a team.”
The Roca Team play again on 11th January against Strasbourg in a Jeep Elite match.