AS Monaco begin 2023 with a victory

AS Monaco begin 2023 with a victory 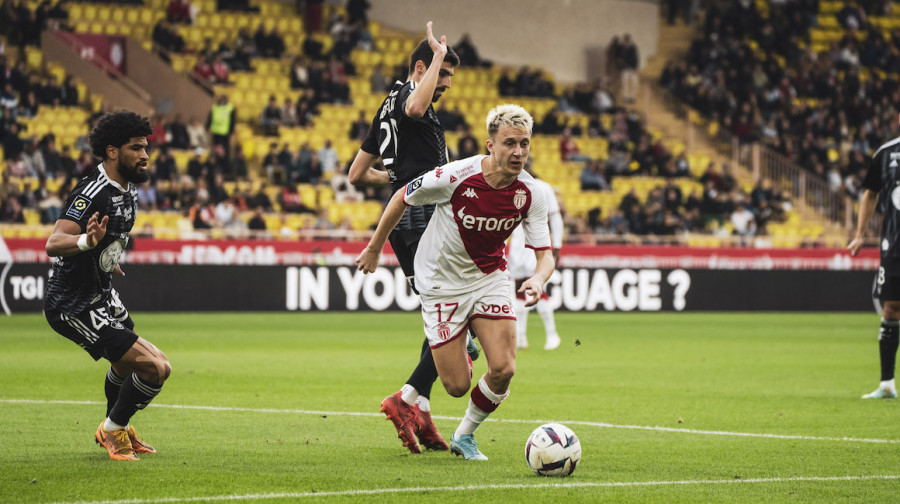 AS Monaco began 2023 just like they ended 2022: with a win. It may not have been emphatic, but Philippe Clement’s side scraped past Brest (1-0) on New Year’s Day to move up to fourth provisionally in Ligue 1.

Fans who were permitted free entry to the Louis II clash packed the stands to welcome football back to the Principality. It was the first time that Les Monégasques had played at home since the World Cup break.

Monaco should have steered themselves into the lead in the first-half, but a mix of good goalkeeping and poor finishing let Brest off the hook. Eliesee Ben Seghir, making his first Ligue 1 start, had the best chance. The French youngster produced a stunning piece of skill to work the opening before blasting just over from eight yards out.

However, Monaco did hit the front early in the second-half. Aleksandr Golovin cut back on his right-foot just outside the box and rifled a perfectly-hit shot into the top corner. From there, Clement’s side dropped off and decreased their intensity. That was a mistake.

Brest, who hadn’t mustered any resistance until that point, began to push and worked multiple chances. Alexander Nübel had to deny Jérémy Le Douaron on multiple occasions, whilst Steve Mounié had a brilliant chance late on, but he could only strike the bar with his header.

Ultimately, Monaco held on, and the three points moves the team up to fourth. Marseille has a game in hand, but the Principality side are currently level on points with their third-placed Mediterranean rivals.

“It is important to have more and more people in the stadium,” began Clement, who believed that the initiative to allow fans free entry helped his side. “Away from home there is always a lot of people and that gives more strength to the players to get the result. It is very important for them, and it is something that could prove decisive in the result of a match. I hope in the coming months there will be more people here in the Louis II to push us.”

Man of the match – Aleksandr Golovin

Golovin is certainly experiencing his best season in red and white. His goal against Brest was his fourth of the season in Ligue 1. It was another crucial one. He is becoming a player that steps up in big moments for Monaco, and having such players within the squad will be essential for the Champions League push.

Monaco next compete in the Coupe de France. They will face Ligue 2 side Rodez at home on Saturday.