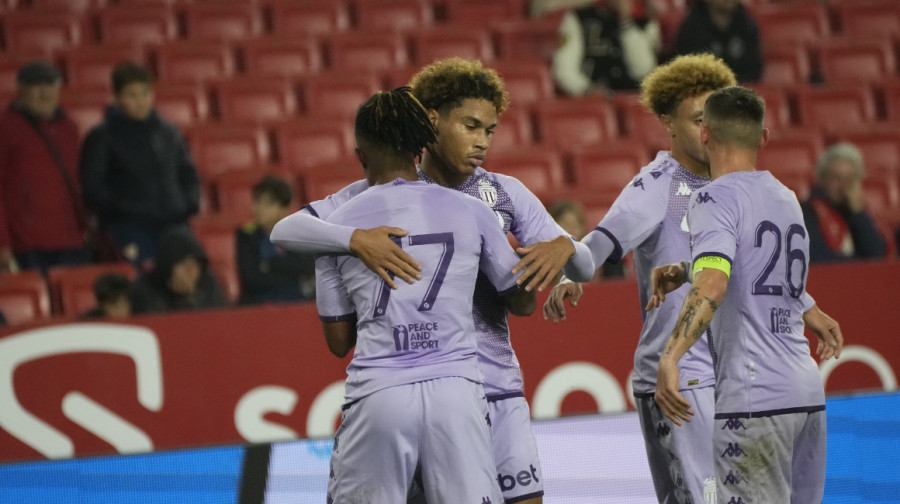 AS Monaco began their mid-season friendly schedule with a draw against Sevilla, with Philippe Clement’s men set to return to the Principality after a training camp in Benidorm.

Like 13 other Ligue 1 teams, AS Monaco returned to training in La Turbie on 28th November, despite the ongoing World Cup in Qatar. Clement’s side have spent the majority of the time since in Benidorm in southern Spain, where they have trained with satellite club Cercle Brugge.

On Wednesday night, Monaco played their first friendly, aimed to prepare the side for the restart of club football.  As performance director James Bunce told Monaco Life back in November, Monaco would face some “big teams” before returning to Ligue 1 action against Auxerre on 28th December.

The first of those was Sevilla, who Monaco met at the Ramón Sánchez Pizjuán stadium. With numerous absentees due to the ongoing World Cup, it was the chance for some of the academy players to state their claims for more playing time, although due to his non-selection with Les Bleus, Wissam Ben Yedder lined up alongside Kevin Volland to form a familiar attacking line.

Ben Yedder, captaining Monaco against his former side put the ball in the back of the net but was adjudged to have been offside. But the Principality side did take the lead thanks to Gelson Martins just before the hour mark after some good work by Félix Lemarechal.

Sevilla leveled through a lobbed effort from Pedro Ortiz, whose shot from over 30 yards out looped over Yann Lienard. Numerous academy products, including Soungoutou Magassa got their chance to shine, as did Cercle Brugge centre-back Jesper Daland, who has been integrated into the Monaco side during the eight-day-long training camp in Spain.

Monaco head back to the Principality on Thursday and will prepare for matches against Empoli (16th December) and Fiorentina (17th December). Les Monégasques then play against Leeds United at Elland Road on 21st December. It is unclear exactly when Monaco’s World Cup players will return to the club. Ismaïl Jakobs, Krépin Diatta, Takumi Minamino, and Breel Embolo were all knocked out of the competition this week but will have a period of rest before returning to the fray.