AS Monaco can’t catch a break 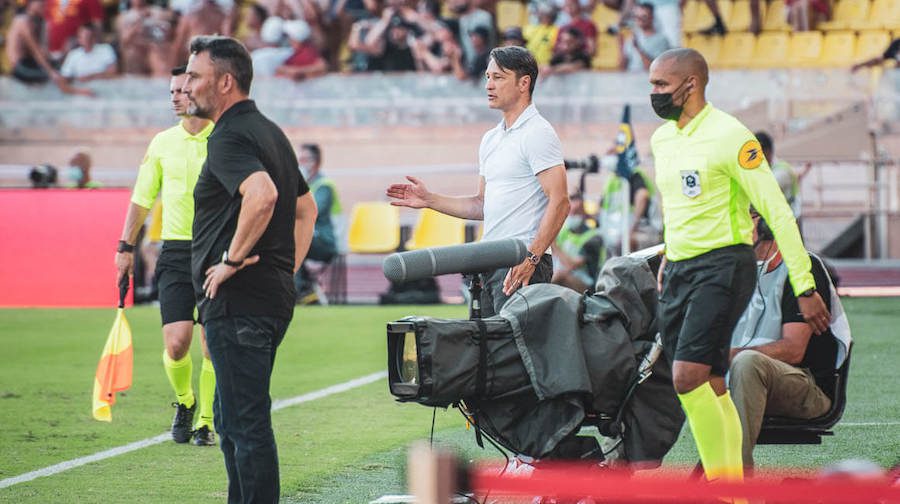 The Red and Whites were defeated Saturday at home at Stade Louis II by RC Lens, leaving them with a rather dismal record for the first three games of Ligue 1 play this season.

You could say AS Monaco is on a losing streak, and you’d not be wrong. After their losses last week to Lorient in Ligue 1 and Shakhtar Donetsk in Champions League, the team followed it up by a nil to two loss at home to Lens.

The first half, which was played in stifling heat, was rather uneventful as both sides struggled to find a groove. It wasn’t until 51 minutes in that a goal was scored, though sadly it was for the opposing team. Ignatius Ganago struck fast and hard giving Lens a one-point advantage.

This was followed up a few minutes later by a rather ugly fouling incident between Cheick Doucouré and Krépin Diatta which saw the Lens man chucked off the field.

Monaco kept up the pressure, with a fantastic strike from Caio Henrique and a goalmouth scramble that almost put them on the board.

Another foul, this time by Aleksandr Golovin in the 86th, evened up both sides, who then sat at 10 players each. The Red and Whites simply couldn’t find their legs and, in the end, conceded another goal in overtime leaving the final score at two to nil for Lens.

“It was our worst match of the season,” said a rather disappointed Coach Niko Kovac. “We didn’t have a lot of chances. It reminds me of some from last season. To maintain the same level of performance as last season, we have to do even more because our opponents now have more of an idea about us. To be successful again, we will have to fight harder.”

The players now need to get their heads back in the game if they hope to defeat Shakhtar Donetsk on Wednesday in Ukraine and continue their hopes in the Champions League.

Monaco Life with AS Monaco press release photo by AS Monaco

The Princely family has officially opened Monaco’s Christmas Village and this year, get ready to encounter puffins, the Niagara Falls and immeasurable wilderness as the Port takes on a Canada theme.

Inside One Monte-Carlo, the story of legendary designer Karl Lagerfeld unfolded in a pre-auction display of his personal possessions. We spoke to Sotheby’s lead auctioneer Pierre Mothes.

Powerboat racers Tomaso Polli and Matteo Nicolini, representing the Principality of Monaco, have piloted ‘Six’ to a well-earned third place in the first round of this season’s XCAT series.

Monaco-based Silversea Cruises has announced the name of its first hybrid ship, Silver Nova, which will reduce greenhouse gas emissions in-port by an impressive 40%.

According to Nice-Matin, an armed robber entered the Monte Carlo Casino Thursday afternoon around 4:30 pm.

The French daily reported the thief was attempting to steal from Graffe Diamonds, pulled out a handgun and threatened employees before helping himself to some jewellery. He then, reportedly, took a female shop employee hostage before making his escape.

Nice-Matin stated the hostage was released on one of the small streets around Place du Casino as the perpetrator fled. But he did not get far. He was arrested trying to take a taxi by Monegasque police.

No shots were fir, no injuries were reported.