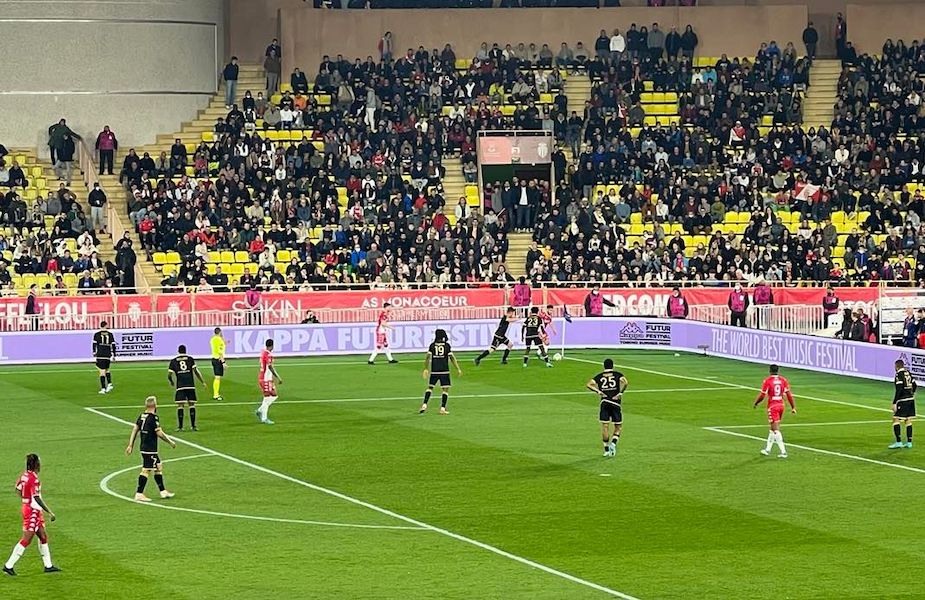 Aleksandr Golovin’s first-half goal was enough to guarantee Monaco the three-points over OGC Nice (1-0), a sweet victory that sees them climb above their bitter rivals for the first time this season.

The stands of the Stade Louis II were packed for the occasion on Wednesday night, the Nice fans had understandably travelled in numbers, given the short journey and made themselves heard throughout. The same cannot be said for their team, however, who looked limp and impotent and failed to muster any clear-cut chances as they slumped to their third defeat in five games.

Monaco, meanwhile, have won all of their last five, making this a meeting of two teams whose seasons are on diverging paths. Whilst Nice’s hopes of Champions League football next season dwindle, Monaco’s grow stronger by the game. But with so many runners in the race, any slip-up will be punished, and whilst Philippe Clement’s men are currently sprinting fastest down that final straight, there is still time for that to change.

Following last weekend’s win over Rennes, Clement named an unchanged side on Wednesday. Just like that game at the Roazhon Park last week, the first chance fell to Aleksandr Golovin, but whereas it was his technique that let him down last week, it was indecision that squandered the opportunity here. By the time he had passed to Wissam Ben Yedder, the chance had already gone.

Both sides struggled to create clear-cut opportunities for large parts of the first-half, and Nice wouldn’t have many better than Mario Lemina’s free header within the box. Only eight yards out, the former Southampton man could only direct the ball harmlessly over Alexander Nubel’s bar.

Lemina was involved again just minutes later, his tumble in the box validated opposition coach Clement’s pre-match statement that Nice “fall very well in the box”, but didn’t convince either the referee.

Both sides looked destined to head into the dressing rooms level-pegging, but a Walter Benitez parry from a relatively innocuous Vanderson cross fell at the feet of Golovin, who this time couldn’t miss from yards out.

Nice came out in the second-half urgently in need of a goal to restart their stuttering season, and although they had the Monegasques pegged-back for large swathes of the second-half, they lacked the incision to truly test Nubel in goal.

Instead, it was Monaco who would have the better chances. Ben Yedder, who Clement admitted post-match wasn’t at his prolific best, should have done better when, one-on-one, his lob beat Benitez but not the post. Minutes later he cut in on his left, many in the stadium expected the net to bulge, but his tepid effort was easily smothered by the grateful Benitez.

Those misses were of little consequence. Monaco saw out the victory (1-0) to move level on points with third-placed Rennes and fourth-placed Strasbourg, now only goal difference denies them that Champions League spot.

Post-match, Clement understood the importance of the special victory, saying, “This victory will certainly count. The whole group was very happy in the dressing room. It’s never easy against Nice, who have the best defence in Ligue 1 and a strict organisation. It’s a deserved victory, we created the best opportunities.”

Questioned by Monaco Life about the psychological effect that the result will have on both teams, Clement responded: “I am thinking only about the psychology of my own team. It’s good to have now won five consecutive matches, and now I’m curious, because it’s the first time that they’ve done that with me this season.

“Now, I want to see if everyone can keep their feet on the ground and remain focused in this big-match against Saint-Etienne. That is also something interesting in the coming days.”

If Monaco are to reach the lofty heights of the Ligue 1 podium, they must stay grounded and focused, beginning with their difficult clash against relegation-threatened Saint-Etienne on Saturday. 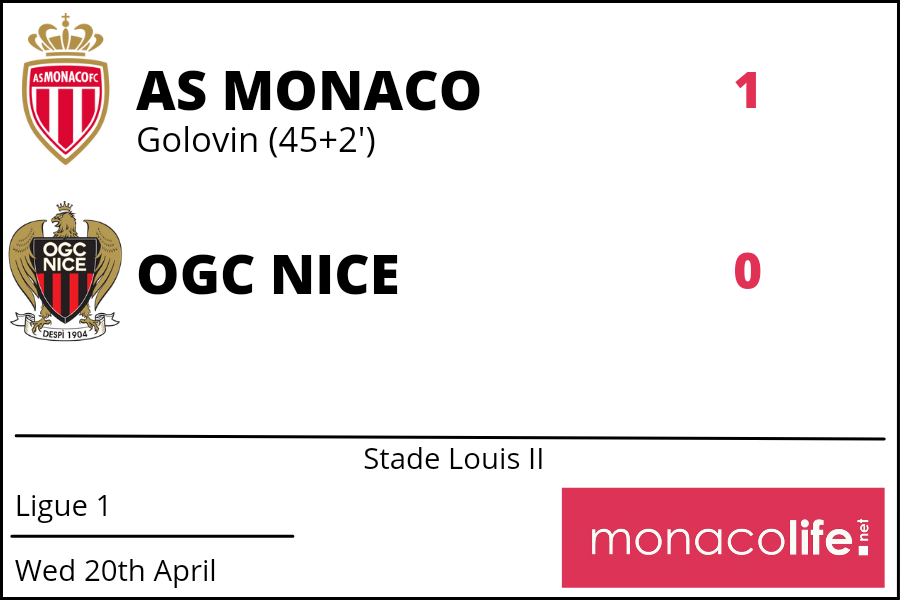