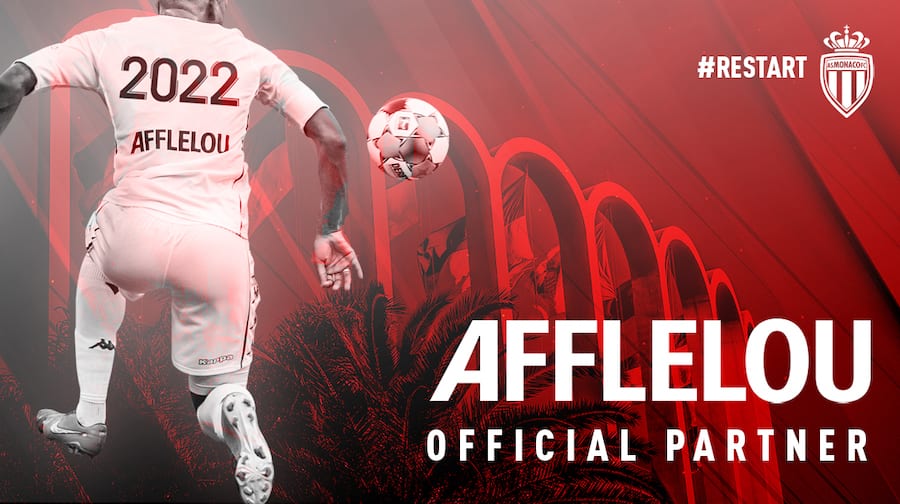 AS Monaco and the optical brand Alain Afflelou have announced the renewal of their partnership agreement for the 2020-21 season.
Afflelou and the Red and Whites have had a long history together, with the first sponsorship deal being struck in 1986 and lasting two seasons. The brand signed on again with the team in 2015 and 2016, then most recently in 2019.
Both the team and the brand are looking to extend their respective spheres of influence and starting this Sunday, with the first game of Ligue 1 for the season against Reims, AS Monaco will be sporting jerseys featuring the Afflelou brand.
The Afflelou Group, founded in 1972 by Alain Afflelou, is the leading optical franchise in France and Spain, with a presence in 18 countries on five continents. They have huge brand recognition in France, with 94% of people in the country saying they know the brand.
“We are delighted with the renewal of our partnership with the Afflelou group,” Oleg Petrov, Vice-President and CEO of AS Monaco, said in a statement. “The longevity of our shared history demonstrates the importance of this link between our two entities. This extension, in this context, strengthens it even more and I am convinced that many successes will accompany our partnership both domestically and abroad.”