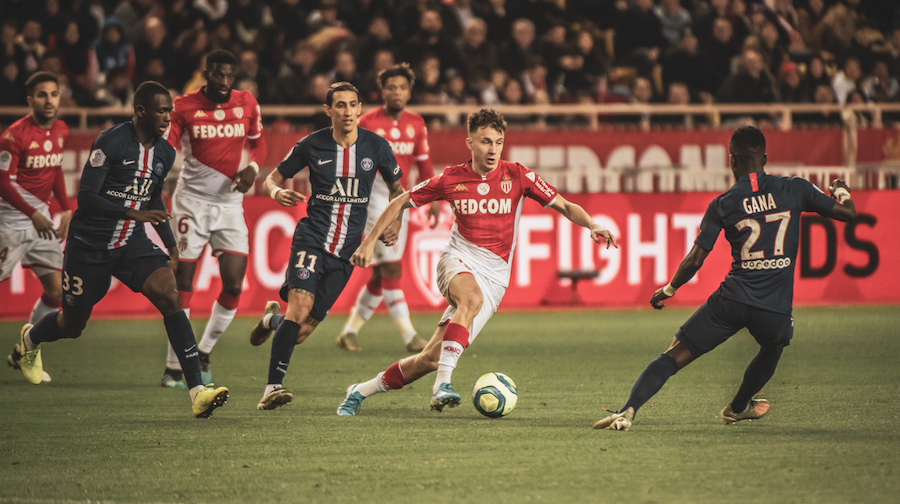 This was the game was should have happened in December, and perhaps if it had, the outcome wouldn’t have been so disappointing. After turning themselves around from a tough start this season, AS Monaco has been on a serious upswing, not having lost a game since November, clawing its way up out of relegation and acting like the team fans knew they could be.

This loss on Wednesday reminded everyone why PSG is at the top of the league, and though unfortunate, it was still a well-played match against a well-organised team.

Kylian Mbappe scored first against his former teammates at the 14 minute mark setting the stage, followed by a converted penalty by Neymar as the clock ran out on the first half.

After the halftime break, Monaco came out determined, but unable to make the plays stick. Heroic efforts by Gelson Martins just after the hour mark reinvigorated the team, but at the 72 minute mark, Paris struck back with a crushing goal by Pablo Sarabia.

Three points behind, the Red and Whites could have thrown in the towel, but they forged on. It paid off in the form of the only goal of the night for Monaco made by Tiémoué Bakayoko near the end of regulation play.

With the match all but over, Mbappe landed one more between the posts just after the 90 minute mark ending the game with a 1-4 loss for Monaco.

The Red and Whites have a chance to redeem themselves in Ligue 1 action on 25th January at Stade Louis II when they face Strasbourg, and they go up against Saint-Pryvé Saint-Hilaire on the 20th for the French Cup.