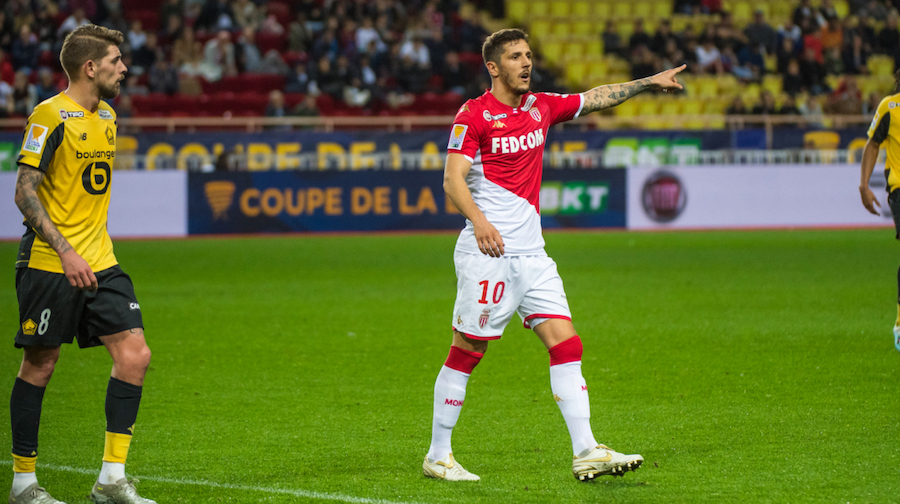 No one can say they weren’t the Comeback Kids of the season, but despite all the hard work and great effort, AS Monaco was knocked out of the BKT Coupe de la Ligue on Tuesday night after a disappointing defeat to Lille.

It was a tough night at the Stade Louis II for the Red and Whites, as they took a pounding 0-3 defeat from LOSC Lille. But despite the loss, there were a few bright spots for Leonardo Jardim’s boys.

First, this match saw the return of goalkeeper Danijel Subašić, who had been suffering from an injured thigh since last May’s game against Saint-Etienne. Though he gave up three goals on the night, the Croatian played a good match and made some excellent saves against tough opponents.

This night also saw the return of fellow Croatian and former Montenegrin International, Stevan Jovetic, who did not start the match but replaced Cesc Fàbregas. “Jove” had been out since April of last year with a torn ligament he got playing Reims. He played a strong game, nearly scoring a goal in the 75th.

In addition to the welcome return of two old faces, a new one appeared on the scene as well. This was the inaugural match for Arthur Zagré, the 18-year-old PSG alumni and French U-19 International star, who played a very active game in his left-wing offense position, showing his excellent technical abilities and a willingness to hustle.

The Red and Whites will have their chance for revenge against Lille on Saturday night, when they play them again at home for the 19th matchday of the Ligue 1 Conforama series.