AS Monaco enters into partnership with NFT agency

AS Monaco enters into partnership with NFT agency 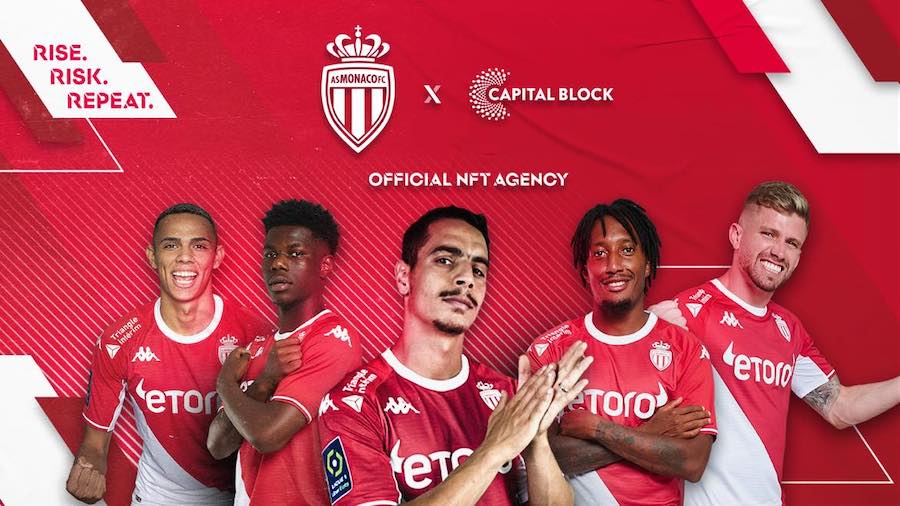 AS Monaco became the first club in Ligue 1 to step into the metaverse by signing a partnership with Capital Block, a move designed to strengthen its NFT strategy.

Having dipped their feet in the NFT water back in August through their partnership with Sorare, AS Monaco have now gone a step further and, in doing so, become the first Ligue 1 club to collaborate with an NFT consulting agency. They are also one of the first to do so in European football.

Capital Block will help the club with their NFT strategy as it traverses a novel industry, which football clubs are only just starting to engage in. Principally, it will advise ASM on the creation and launch of its NFTs, as well as which NFT platforms to partner with.

The partnership will also bring something new to AS Monaco fans, or at least those engaged in the NFT community, as plans for exclusive products and experiences are already being drawn up.

In a press release from the club, Vice-President Oleg Petrov said, “We are pleased to launch the partnership with Capital Block, which will enable AS Monaco to strengthen its positioning in the field of digital innovation and improve the possibilities for fans to connect with the club.”

Petrov added that the use of NFTs will be a big part of the club’s strategy going forward, highlighting the importance of the new partnership in reaching their goals. “Each passing day confirms the growing appeal of NFTs. Capital Block’s expertise will enable us to better understand this universe, to grasp the issues related to it and define a solid and sustainable strategy,” continued Petrov.

Tim Mangnall, CEO of Capital Block added, “We are delighted to be working with AS Monaco and we are really looking forward to hitting the ground running with the club.”

Mangnall says he is confident of what his company can bring to everyone around the club: “We are really excited that football clubs across Europe are starting to realise the importance of an NFT strategy, and those that do, will benefit in many ways, as will their fans.”