AS Monaco fall to the mighty PSG

AS Monaco fall to the mighty PSG 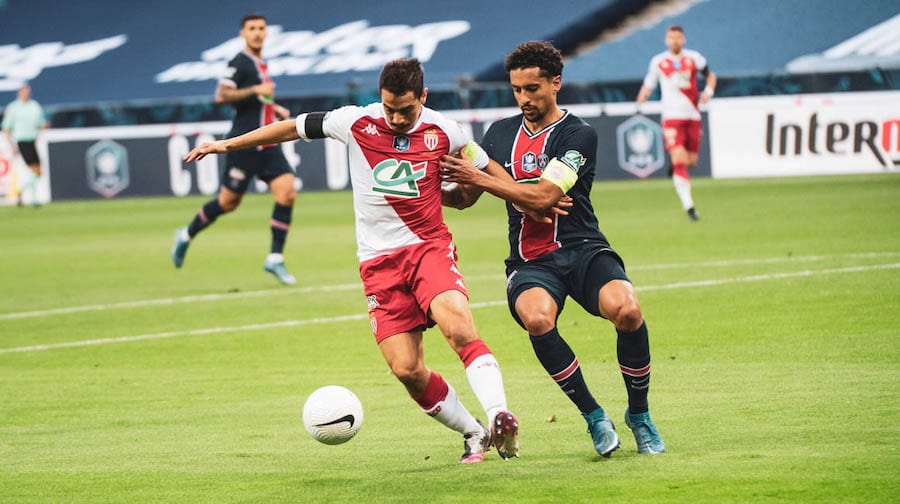 AS Monaco have been defeated in the final of the Coupe de France after a nil to two loss against Paris Saint-Germain.
“We can be proud to have reached this final.”
The words of Coach Niko Kovac ring true, but it was still not the hoped-for outcome for the Red and Whites as they fought against a tough Paris Saint-Germain team on Wednesday night in the Coupe de France finals.
PSG has won the Coupe six of the last seven years and have a record-breaking total of 13 titles over the years.
Paris had control of the game from the start, monopolising the ball and not giving Monaco any real chances to score. A mistake on the part of Monaco’s defense allowed former Monaco player Kylian Mbappé to gain possession of the ball where he passed it deftly to Mauro Icardi who went on to score in the 19th.
This opening goal did shake things up a bit and Monaco went on the attack. They had a few tries, notably two by Kevin Volland in the 25th and 39th minutes, but no conversions were made, and they went into the locker room with a nil to one deficit.
After the half, Monaco had far more possession of the ball and there were two good attempts, first by Gelson Martinsin in the 69th, followed a few minutes later by Aurélien Tchouameni.
In the end, though, it was Mbappé and PSG who had the final word. Mbappé made a low shot that slipped past Radoslaw Majecki and sealed the deal for Paris, giving them the win and the title.
“It was an important moment for us, for the club,” said Coach Novak after the game. “We have the right to be disappointed tonight and to be disappointed tomorrow but starting Friday we will have to think about the next game. We can still end this season in a fantastic way.”
Now, as Coach Novak said, the Red and Whites must put this behind them and look to the future. For the last game of the Ligue 1 season, they go on the road again to Lens, where they will be fighting for their spot to play in the Champions League.