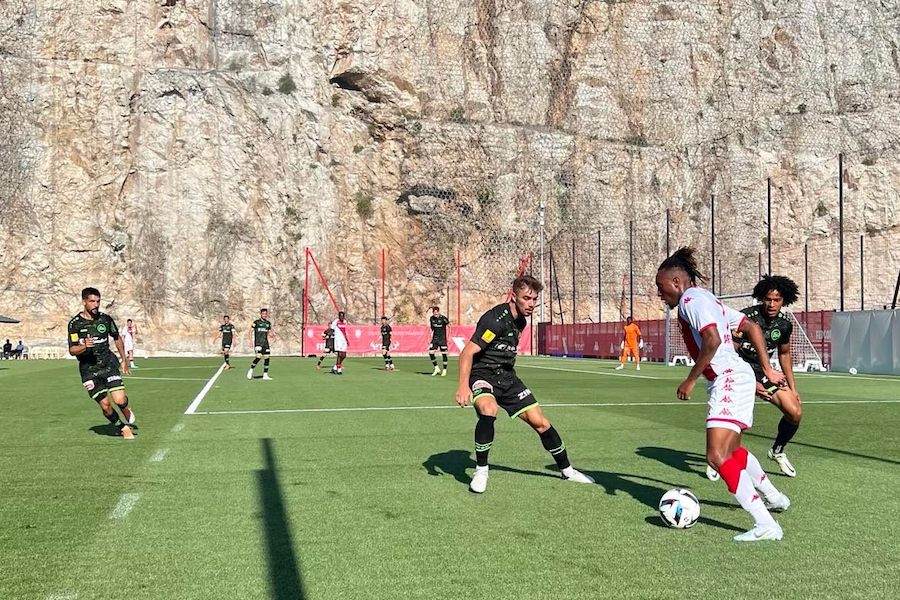 A youthful side took to the field to face St Gall, who finished fifth in the Swiss top division last season. After a 1-0 victory in Saturday’s match against Cercle Brugge, Monaco faced a more difficult task to make it two wins in-a-row. But that is by design. “That’s the point of these matches, to increase the difficulty for the players in each match,” said Clement post-match.

An early Jean Lucas goal alluded to smooth sailing for Monaco, but as Saint Gall grew in confidence, opportunities started to present themselves. Radoslaw Majecki saved smartly from Julain Von Moos, before Jérémy Guillemenot fluffed his lines with the open goal gaping.

“In the first-half, we conceded too many opportunities. We conceded fewer in the second-half when we had more experience at the back,” said Clement. But despite looking more assured with the more experienced duo of Guillermo Maripán and Jean Marcelin, Monaco would let their lead slip.

A stray pass from the latter allowed Boris Babic to steam in on goal, and his ferocious strike was too strong for Alexander Nübel. Offensively, Monaco struggled for fluidity as Clement chose to give experience to the youth. “Experiencing these situations is better than playing in the N2. It was the same for the young players in attack,” he said. He was particularly impressed with Mohamed Bamba, who “showed good things”.

Felix Marechal was also a standout performer during his first-half stint. On his performance, Clement told Monaco Life, “Felix showed good moments but also moments where he over-thinks. He isn’t yet used to everything, but he also shows good things in training and in the match against Cercle.”

At such an early point in pre-season, giving the youth a chance to develop is key, especially at Monaco, which insists upon a youth-oriented project. In such games, the end result is inconsequential. The omnipresent buzz of the drones above, which analyse the game, was a reminder that the true purpose lies in experimentation and in facilitating and measuring the progress of some of the club’s brightest projects.

As Clement rightly pointed out, “Of course we’re not going to start the season with the same team as today. But this is a very interesting time for the young players, for them to learn physical, tactical, technical and also mental lessons.”

Absent from proceedings were Kevin Volland, Vanderson and Eliot Matazo. Volland should return to training on Thursday despite Clement describing the German international’s ankle as “swollen and blue”. Vanderson received a minor knock and should return to training within the next couple of days, whilst Matazo only restarted training a couple of days ago and therefore the match against St Gall came too soon.

Also absent was new signing Takumi Minamino. The €15m forward has “something to sort out in Japan” before joining up with the squad. Clement praised the qualities of his new player, saying, “I have a lot of ideas of how to use him. That’s the advantage with him. He can be very effective in many different roles and in various positions.”

He is the only player not expected to make the trip to Faro, Portugal for the club’s training camp on 4th July, although Clement revealed that he does expect him to join-up with the squad on the Friday 9th July. With the return of international players next week, Monaco’s preparation for another long season is heating up.