AS Monaco get first win of the season

AS Monaco get first win of the season 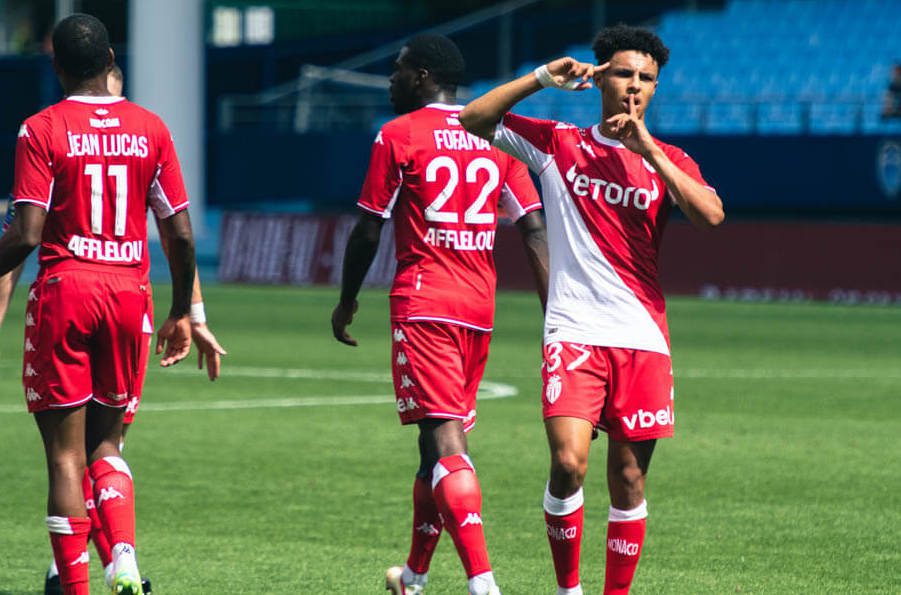 After being eliminated from the Champions League last week, AS Monaco came back fighting against Troyes at Stade de l’Aube, securing their first Ligue 1 victory of the season.
The Red and Whites have finally got their first Ligue 1 win of the season, beating Troyes on the opponent’s home turf two to one. This puts Monaco in 14th place in the standings, and on even footing with Montpellier, Nantes and Strasbourg, who all have the same number of points and win-loss stats.
“We are very happy to bring home this victory and now we will be able to breathe, recover a little and prepare for the matches to come,” said Coach Nico Kovac. “Our ambition is to create a lot of chances and we had some very good ones today. But if you don’t score, if you are not clinical, there is always an opportunity for the opponent to come back into the match. We need to improve our finishing a bit, but I’m very happy with the chances we created for ourselves and with the victory. Above all, I remember that we scored two very good goals. After recovering the ball, we got forward quickly.”
Fans filled the visitor’s box in Troyes, no doubt giving the team a boost, though the match had a rather tame start with the two teams sizing each other up. The first shot on goal came 13 minutes in but was not a success.
No points were scored until late in the first half when, on a beautiful pass from Wissam Ben Yedder, Sofiane Diop, who was just called up to play as a French under-21 international, opened scoring from a close-range shot.
After the halftime break, the men returned from the locker room confident in their one-point lead. This slightly fell apart when, at 51 minutes, Ruben Aguilar’s free kick was deflected into his own goal, evening up the score in a rather nerve-wracking way.
Happily, though, Sofiane Diop was on fire and just a few short minutes later scored his second goal of the game. The rest of the match saw a number of substitutions from both teams, but the score stayed the same, ending in a two to one win for the Red and Whites.
Hopes remain that this win will keep the team riding high for next week’s match against fifth-ranked Olympique de Marseille at Stade Louis II in Monoaco on Sunday.