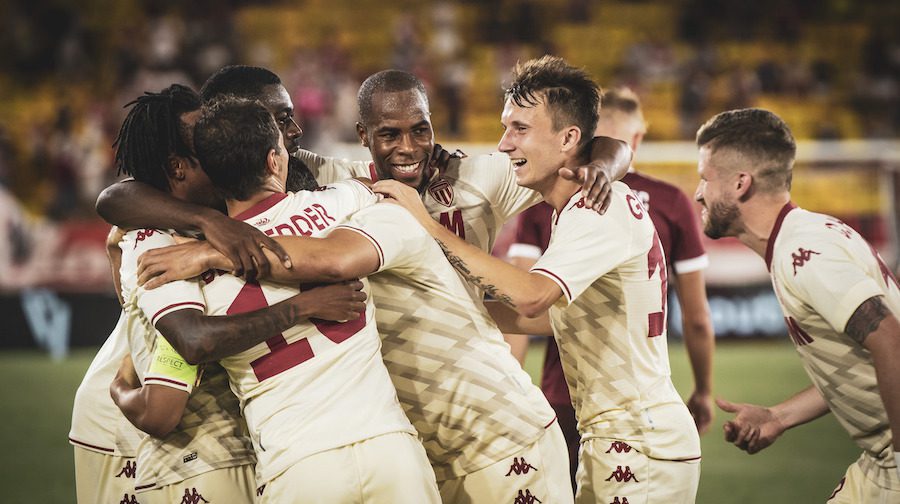 AS Monaco has confirmed their place in the Champions League playoffs after winning their second match against Sparta Prague on Tuesday night, this time beating them handily three to one at home at Stade Louis II.
It was that dynamic duo of Kevin Volland and Wissam Ben Yedder who made the first attempts on goal. Ben Yedder at the 17-minute mark followed by Volland who went at Prague’s goalkeeper, Florin Nita, at 20 and 23 minutes in.
Nita played a seriously strong first half, managing to keep Monaco from scoring a single goal.
The second half was a different story altogether. After returning from the locker room, AS Monaco were a team rejuvenated. This was first evident at 50 minutes into play when Gelson Martins opened scoring with a brilliant strike that slid just under the bar.
Aleksandr Golovin was up next, doubling the score in the 56th off a pass from Ben Yedder.
The opponents had a bit of a comeback when, at 76 minutes, David Molberg-Karlsson snuck one in bringing the score to within one point. This disappeared fast enough, though, as Sofiane Diop gave the death knell to Prague with his goal in the 81st minute.
All smiles, Coach Niko Kovac said after the match, “We took the first step. It was not easy but I am happy with these two matches, both with the results and the attitude of the players. We struggled a bit but we deserve to qualify. We created a lot of chances, and that’s what I want as a coach. To score, you have to create chances and I am very satisfied with the overall performance of my players.”
AS Monaco take on Ukrainian team Shakhtar Donetsk, the winner earlier in the evening against Genk. The first leg is to be held on 17th August at 9pm at the Stade Louis II for the next Champions League match. Before that, though, they face off against Lorient in Ligue 1 play on Friday at 8pm away.