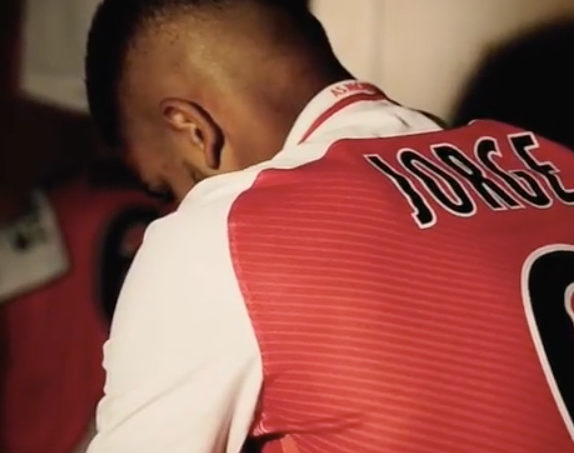 AS Monaco have signed Brazilian international defender Jorge on a five-year contract worth €8.5 million. The 20-year-old was part of the Brazilian team that made it to the final of the U-20 World Championships in New Zealand in 2015, alongside new teammate Boschilia.

“Jorge is part of this talented generation of Brazilians whom we are monitoring closely. He’s a lively player with very good crossing ability, who I’m sure will in time settle into the team’s style of play perfectly,” said ASM’s vice-president Vadim Vasilyev.

Commenting that Jorge’s arrival is part of a long-term plan, Mr Vasilyev added, “In Monaco, he has everything he needs to adapt and develop with the squad. We have high hopes for him in the future.”

For his part, Jorge commented: “The club’s management convinced me to join AS Monaco’s project. This is a big ambitious club. I want to do everything possible to follow in the footsteps of my countrymen Fabinho, Jemerson and Boschilia, who have come a long way since arriving in Monaco.”

Charles Leclerc ground out an impressive fourth place finish in a topsy-turvy race in Monza, Italy, which produced some enthralling wheel-to-wheel racing.

AS Monaco Basketball saw back-to-back losses as they took on Partizan Belgrade on Saturday and Kazan Unics on Sunday at the semi-finals of the Istanbul Cup in Turkey.

AS Monaco is having a rough start to the season with only a single win in five matches, made worse by the latest loss to Marseille at home on Saturday night, going down nil to two.