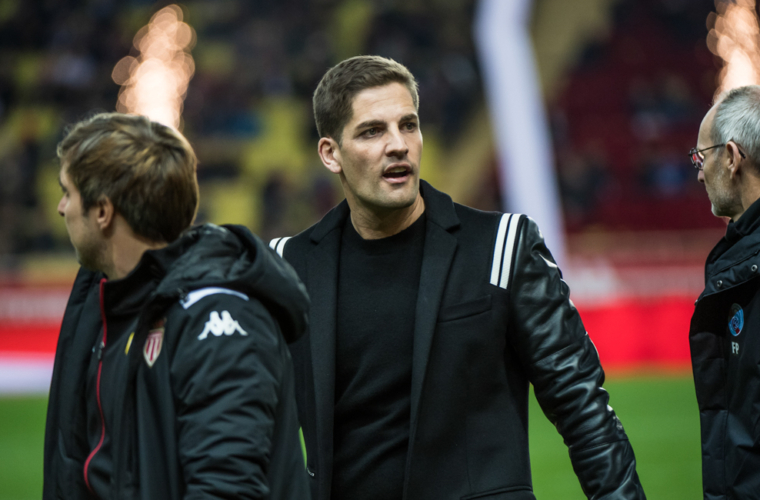 New head coach Robert Moreno is under pressure after Saturday’s 1-3 loss and has conceded that his team needs to “work hard to learn about defence in particular”, highlighting the team’s soft underbelly.

The game started out looking pretty good for the Red and Whites. Two free kicks in the first four minutes, though no conversions, gave the appearance that Strasbourg was out to play aggressively but not necessarily smartly.

Benjamin Henrichs and Wissam Ben Yedder followed up with two shots on goal in the 5th and 7th minutes, showing spirit and an offence that was clearly on the right track.

Strasbourg were waiting for their chance and it came in the 23rd, when Adrien Thomasson forced an outstanding save from Lecomte. This seemed to put the whole game into slow motion for the next quarter of an hour, when there was a lot of to and fro but not a lot of action. Fast forward to the 40th minute when Ludovic Ajorque left-footed the ball from close range right through the middle.

Monaco monopolised the ball up until the halftime break, but with no breakthroughs.

The second half opened with Monaco at a 0-1 deficit, and a fired up Adrien Thomasson who made a near-miss attempt just past the hour mark and a beautiful left-footer between the posts at the 66th, putting the Red and Whites at 0-2.

This was quickly followed up eight minutes later by Stefan Mitrovic with a header into the right corner. Thomasson was back and made another try, but Lecomte made the block.

Finally, in the 86th, it was Stevan Jovetíc who put one in for Monaco assisted by Ben Yedder, though it was a case of too little too late. The final score saw AS Monaco losing 1-3 against a decidedly tough Strasbourg team.

Coach Moreno was clear about his team’s shortcomings in the match, but equally clear that he knows what they are and is aiming to correct them.

“We weren’t good on the ball today,” he said after the match. “We lacked the quality to make good passes and defend well. I think my players are good. The problem is we have to work hard to learn about defence in particular. We must take a collective approach.”

The next match will see Monaco take on Saint-Etienne for the 16th round of the Coupe de France on Tuesday.