AS Monaco make 3 for 3 in derby

AS Monaco make 3 for 3 in derby 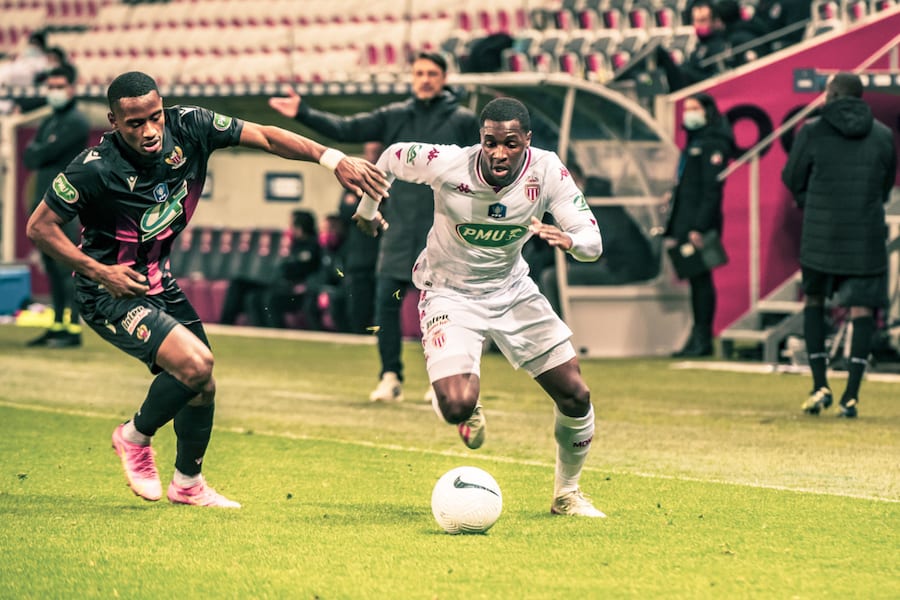 “A great reaction from the team!” exclaimed Coach Niko Kovac after his Red and Whites beat OGC Nice on their opponent’s home turf in the third Côte d’Azur derby this season.
AS Monaco is back on track, beating OGC Nice 2-0 in round 32 of the Coupe de France. It is the first time they have won against their crosstown rivals three times in a row in a single season since 2013-14.
After their recent disappointment against Strasbourg, Coach Kovac made a few changes to the starting lineup. Cesc Fabregas, Stevan Jovetić and Krépin Diatta made the cut and took to the field against Adrian Ursea’s Niçois team.
The two teams tiptoed around each other the first few minutes of the match, with the first attempt on goal not coming until 11 minutes in when Walter Benitez blocked an incoming shot from Jovetić.
The idea to start Fàbregas was genius, as he had a stellar first half. Always a team player, he showed what a pro he was through solid passing and technical beauty. At the half hour mark, the Spaniard found Kevin Volland who had a clear shot on goal. He knocked one between the posts, opening the scoring at one-nil.
By halftime, there was no change in score. After the break, both teams seemed energised. At 55 minutes in, Nice’s Alexis Claude-Maurice made a bold shot that grazed the posts but turned out to be a “close but no cigar” moment. Just minutes later, Kasper Dolberg launched a similar shot a Monaco’s Radoslaw Majecki, but again, the ball just nicked the post.
Jovetić made a free kick that missed the mark in the 76th and made another attempt at the 87th that just missed.
Not despairing, Ruben Aguilar picked up the ball and seconds later knocked one between the poles from 25 metres, securing the Red and White’s lead to 2-0. The whistle went off three minutes later sounding the end of the match and handing another victory to Monaco.
“We played 90 quality minutes, we were disciplined and organised. In the end, we deserved this victory,” said Coach Kovac. “This is the shortest way to a title. There are still eight Ligue 1 teams in the competition. We will see what can be done. There are four games left to reach the final, so we shall see.”
AS Monaco will return this Sunday to Ligue 1 action against Lille at Stade Louis II at 5pm.