AS Monaco makes it five for five

AS Monaco makes it five for five 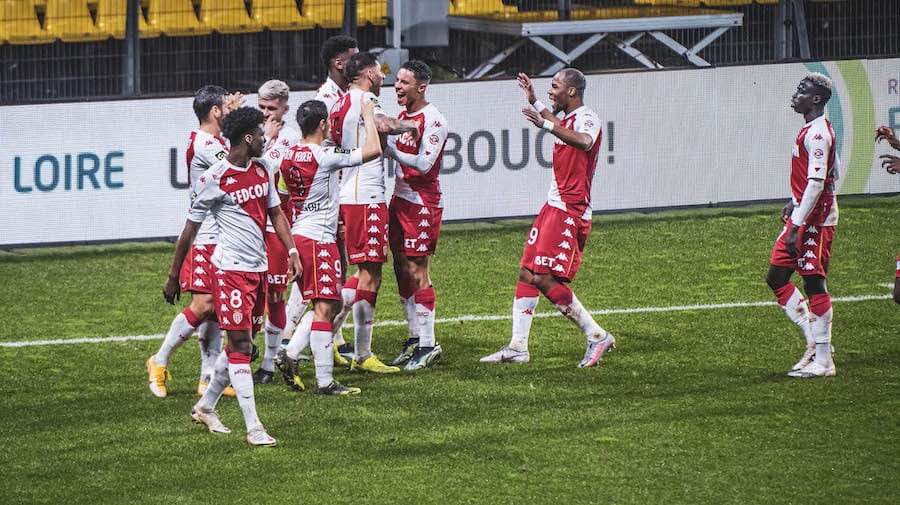 The Red and Whites took home their fifth straight win on Sunday, narrowly defeating Nantes at the Stade Beaujoire. It keeps them in a solid fourth place in Ligue 1 standings and only three points off the top three.
AS Monaco’s lineup against Nantes looked incredibly similar to the one against Marseille, except for the substitution of Krépin Diatta standing in for the suspended Ruben Aguilar.
Nantes was already on the back foot before the match even started, suffering the longest losing streak in the history of the club. An unprecedented 12 losses trailed behind them, and this had to be on their minds as they faced off against Monaco.
The opening goal didn’t happen until the very end of the first half, when Chilean Guillermo Maripán put one between the posts, sending the teams into halftime with Monaco up 1-0.
After returning to the pitch, the hour mark saw Monaco score another goal, this time by Kevin Volland putting the Red and Whites solidly in the lead.
Things got a little dicey after this. At 73 minutes in, Nantes’ team captain Nicolas Pallois received his second yellow card on the night, ejecting him from the game. They were now at a one man disadvantage, and should have been easier pickings for Monaco. But in the 84th minute, Nantes’ Renaud Emond made a brilliant header through the posts putting them only one point down with six minutes on the clock.
Those last minutes were nerve-wracking but Monaco held on to their lead, finishing the match with a 2-1 win.
“The first 75 minutes were very good, before the red card,” said Coach Niko Kovac after the game. “We had possession of the ball, we played our style of football. We were very skilled with the ball, we created a lot of chances. I’m not happy with the last 15 minutes, as we were a little nervous.”
The next game for AS Monaco will be this Wednesday at Stade Louis II in the reverse fixture of the Côte dAzur derby against OGC Nice at 9pm.

(Monaco Life with ASM press release, photo by AS Monaco)